Engineering Graduates – Do they fit the bill?

When consulting engineering companies hire new graduates they need them to be productive quickly. But are the universities preparing students for this role? 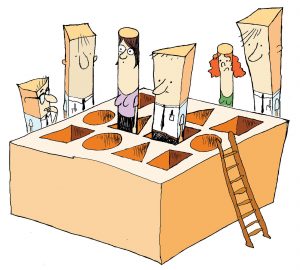 For consulting engineering companies it’s critical that the graduates they hire become productive quickly. “After all, we’re not a teaching organization, we’re a business,” said one consulting engineer. Firms need new employees to get up to speed quickly so that they can work on projects and generate billable hours.
Over the past 20 years universities have been tailoring their curricula to try to make engineering students more “design-ready.” Professor Douglas Ruth, P.Eng., Ph.D, of the University of Manitoba is a former dean of engineering and currently an NSERC Chair in Design Engineering. He explains that 20 years ago the universities realized that students weren’t being well equipped for careers in practice, so schools and the Canadian Engineering Accreditation Board launched the Capstone Design courses. Today those courses are mandatory. They involve the students in real-life projects and give them experience in working on practical problems in teams. Another initiative of approximately 20 years ago was the introduction of NSERC Design Chairs at the universities.
But perhaps the greatest impact has been the growing number of internship and co-operative programs which allow students to gain extended periods of work experience with companies.