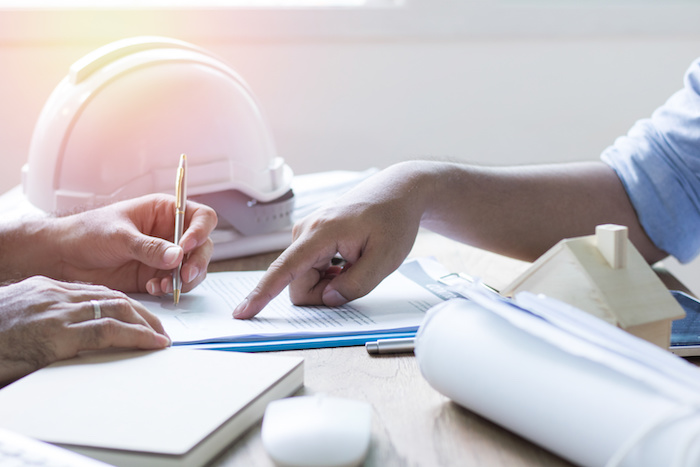 In Chandos Construction Ltd v Deloitte Restructuring Inc, the majority of the Supreme Court of Canada (SCC) reaffirmed the common-law anti-deprivation rule in Canada. This rule voids contractual terms that apply upon a party’s insolvency and bankruptcy if the clause removes value from an insolvent person’s estate that would otherwise have been available for the insolvent person’s creditors. Anyone entering construction contracts should avoid provisions that may trigger the anti-deprivation rule—and need to understand, if they are already in a contract, they may not be enforceable.

Despite the anti-deprivation rule, however, there are contractual provisions that can be used to protect parties if their contracting counterpart becomes insolvent or bankrupt.

Chandos Construction was a general contractor that entered a subcontract with Capital Steel. The subcontract provided in the event of Capital Steel’s insolvency or bankruptcy, that company would forfeit 10% of the contract price to Chandos “as a fee for the inconvenience of completing the work using alternate means and/or for monitoring the work during the warranty period.”

Capital Steel filed an assignment in bankruptcy prior to completing the subcontract work. Chandos argued it was entitled to rely on the insolvency clause and set-off 10% of the subcontract price as a fee. The trustee in bankruptcy for Capital Steel, i.e. Deloitte Restructuring, applied to the Alberta Court of Queen’s Bench to determine whether or not the insolvency clause was valid.

The court found the insolvency clause was valid because it was not an attempt to avoid the effect of bankruptcy laws. The majority of the Alberta Court of Appeal reversed this decision, however, finding the clause to be invalid, based on the anti-deprivation rule.

The SCC agreed the clause violated the rule and was void. The court articulated a two-part test for invalidating a contractual provision based on the anti-deprivation rule, as follows:

The SCC stated the test for the anti-deprivation rule was effects-based, meaning the ultimate effect of the clause should be examined in assessing the above criteria.

The SCC affirmed set-off is generally allowed during the bankruptcy of a contracting party due to section 97(3) of the Bankruptcy and Insolvency Act. Set-off reduces the value of assets that are transferred to the insolvent’s estate, but only applies to enforceable debts or claims. Since the anti-deprivation rule voided the insolvency clause, Chandos was unable to apply set-off against Capital Steel for the 10% amount.

Other terms can be used to protect a party in the event of insolvency or bankruptcy by their contractual counterpart. Any clause triggered by events other than bankruptcy or insolvency are valid, for example, including penalties that arise upon default of the contract.

Contracting parties can consider using clauses where property is removed from the insolvent party’s estate, but no value is eliminated from that estate. The anti-deprivation rule does not apply if a third party’s assets are forfeited upon bankruptcy or insolvency, for example, since this term would not reduce the value of the insolvent party’s estate.

Additionally, parties may be able to modify their security interests or enter a credit default swap agreement (amending the nature or type of security) upon the insolvency or bankruptcy of their contractual counterpart without offending the anti-deprivation rule, provided these clauses do not increase the amount of security held over the insolvent party.

Parties can also protect themselves in the event of an insolvency or bankruptcy by their contractual counterparts by taking security, acquiring insurance or requiring third-party guarantees when the contract is executed. Before entering a security agreement, they should verify whether or not any creditors already have priority charges against the assets that comprise the security. In the case of guarantees, suitable guarantors may include a parent company, directors or officers of the contracting party. A guarantee causes the guarantor to become personally liable for the debts or contractual breaches of the subcontractor.

Suppliers and subcontractors can require a labour and materials payment bond at the time of entering a contract. This bond guarantees they are paid for the work and materials they supply, up to a specified amount.

Additionally, parties may require a performance bond, which provides payment up to a specified amount if the contractor is unable to complete the project work or is in default of the construction contract. For the greatest project security (but usually at an additional cost to the price of the work), a contractor would have both a labour and materials payment bond and a performance bond in place for at least 50% of the value of the contract.

In conclusion, when entering construction contracts, parties should consider contacting legal counsel to ensure the contracts are drafted with enforceable terms that do not offend the anti-deprivation rule. And when drafting contracts, they should also be sure to consider if they are appropriately protected should their counterparty become bankrupt or insolvent.

Charles W. Bois is a partner in the Vancouver office of Miller Thomson LLP, while Rachel Haack and Kayla Romanow are associates in the Regina office. For more information, contact them at cbois@millerthomson.com, rhaack@millerthomson.com or kromanow@millerthomson.com. This article originally appeared in the January/February 2021 issue of Canadian Consulting Engineer.