Will critical fire safety systems keep functioning this millennial New Year's Eve? We asked consulting engineers and others in the industry what they think.As we all know by now, computers could have ... 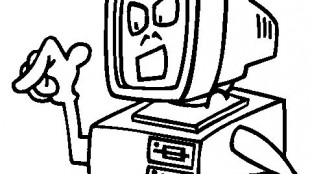 Will critical fire safety systems keep functioning this millennial New Year’s Eve? We asked consulting engineers and others in the industry what they think.

As we all know by now, computers could have a nervous breakdown when the midnight hour strikes on December 31, 1999 if they are unable to recognize the year 2000 date. The mayhem that results could affect fire and life safety systems — one of the most critical building features to maintain. We therefore asked a handful of people involved in various facets of the fire safety industry how they are looking forward to the big night, and what measures they are taking to ride out the potential crisis.

“Our job is to ease the concern and anxiety clients have,” says Gunnar Heissler, P.Eng. of the ECE Consulting Group in Toronto when asked what the firm is doing for its clients about the Y2K problem. He believes the problem will not be as great as most people expect.

Still his firm employs no less than 20 people working full-time on Y2K-compliance issues, notably on helping one large client test and where necessary retrofit its systems. It’s a formidable task and Heissler says they are finding glitches in unexpected areas. You could, for example, Heissler says, have a piece of a equipment that was specified 20 years ago when there was nothing on board it that would undergo a Y2K “trauma.” But over the years the equipment has been retrofitted with a computer chip or controller that is susceptible.

Heissler says clients fall into three categories when it comes to the Y2K problem. Those who are ignoring the whole issue, those who are overcome with fear and anxiety about it, and those who treat it all as an adventure. “We like dealing best with the third type of client,” he says.

The firm’s Y2K staff will be standing by their home telephones on New Year’s Eve in case there is a problem. Heissler himself is so relaxed about the whole issue, he says that, rather than celebrating, he “might be inclined to sleep into the New Year.”

Albert French of the B.C. Buildings Corporation has been involved in its Y2K program for the past two years. With 3,600 buildings across the province to look after, the crown corporation has budgeted $1 million for ensuring its systems won’t succumb to the millennium bug. French says they started an inventory of embedded systems in the spring last year. They took a triage approach, dealing with the most critical buildings first, such as hospitals and prisons, then went on to review systems in the less critical locations such as office buildings. Finally they are checking seasonal systems like lawn sprinklers.

Since the corporation has been sure to specify Y2K compliant systems for the past two years, its most recent equipment is not a problem. Even with the older equipment, however, they have found a relatively low number of buildings with systems that incorporate embedded computer chips that are not Y2K compliant. With those that do fall short, the corporation is going back to the original manufacturer and getting a patch to put into the controller. In some cases the manufacturer is no longer around so they have either had to replace the whole system (sometimes cheaper) or adapt it themselves.

And on the Big Night? French is more concerned about the possible disorder, power breakdowns and civil disobedience that could occur outside their buildings than what will happen within. He says “We’re confident the systems we have in place are going to work.” Just in case there is a problem, however, they will have over 100 people out that evening to make sure the buildings are operating properly.

Insurance underwriter Encon is not too concerned about fire and life safety systems failing due to Y2K problems. Derek Holloway, a senior vice president at Encon’s Ottawa office says they feel that the key trouble spots will be systems that rely more heavily on embedded computer technology such as building HVAC and process engineering.

The company is advising consultants that if they have designed or specified systems that rely on embedded computer technologies, then it is probably best to go back to the clients and advise them there may be a problem, without in any way admitting responsibility. The consultant could also offer its services to fix the problem — for a charge.

Holloway thinks that most consulting firms’ exposure to claims arising from Y2K problems will be minor and he doesn’t believe that many insurance companies have put by any special financial reserves to cover millennium claims.

Dave Twining of technical services at Edwards Systems says the company is confident that their systems will continue functioning at the millennium, though they still receive calls from concerned customers.

Edwards had finished testing their microprocessor-based systems products by last summer. They chose to follow the BSI Standard, PD2000-1 “A Definition of Year 2000 Conformity Requirements” for testing conformance, and found that only three of their systems needed upgrades. Most of the systems they supply, however, are still low-zone systems for use in small buildings and plazas. These systems are not based on microprocessors and so are not date sensitive.

The company is currently deciding what their contingency plans will be for the big night, and is considering having someone standing by in each sales office.

“When you look at the Y2K problem,” says Met Ulker, P.Eng., vice president, B.C. Buildings at Reid Crowther in Vancouver, “it is possible a fire safety system could break down.” Like some of the other people interviewed, however, Ulker is not losing much sleep worrying over the Y2K issue as he thinks compliance is not really the professional engineer’s responsibility. “Yes, I have specified systems,” he says, “but it is beyond the scope of our expertise to police the suppliers, manufacturers and computer vendors who are the experts and designed the systems in the first place.”

Ulker has decided that as consultants all they can do is ensure they follow due diligence. They are doing their best to advise the clients they deal with every day that there could be a Y2K problem and that the client should do something about it. “Thanks to all the media hype,” says Ulker, “most building owners are well aware of Y2K complications already.”

The consultants recommend a step-by-step approach to averting possible problems. They advise making an inventory of systems that possibly could be affected. These not only include the life safety systems, but also the equipment that indirectly affects them such as generators, transfer switches, elevators, HVAC and security systems. They then advise the client to take a number of steps, from checking with suppliers to see if the equipment is Y2K compliant or not and whether it has to be upgraded, to doing remediation work, to testing and adopting a contingency plan for the critical dates. Such a plan could include having operators stand by ready to switch the HVAC systems to manual control if necessary.

Ulker says that insofar as the life-safety systems are concerned, one of the critical spots could be their interface with other systems like HVAC and elevators as these systems often interact. Though a fire safety system isn’t usually date-sensitive, the HVAC system with which it connects may be date-programmed to shut down on weekends, for example.

Even if there is a breakdown, Ulker says there will not be a lot they can do. As consultants they will look to computer and system experts, as well as electricians and manufacturers, to deal with the problem.

“We produce several systems that do not display the time or date, nor use time-based functions and therefore won’t be affected by the transition,” he says. “There are some older systems that will require an upgrade to make them compliant. While in most cases a non-compliant system will still signal an alarm even if the date is incorrect, it is strongly recommended that the system be upgraded to eliminate all date issues.”

The company is sending out letters to all customers they are aware of who might be affected. Contacting past customers can be difficult, though, as many buildings have changed hands since the equipment was installed. Whether they charge the customer for a Y2K upgrade depends on the equipment and factors such as whether they have a long-term service contract.