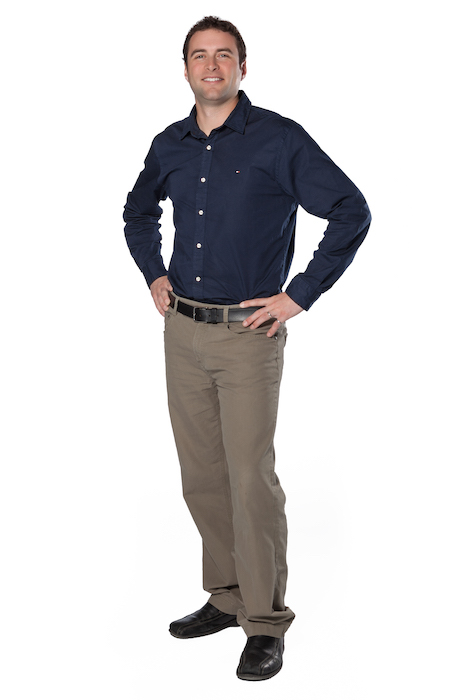 Colin Goodwin, 36, is an Ottawa-based environmental engineer and associate with Stantec.

“I never intended to be an engineer,” he says. “I wanted to be full-time rock musician!”

While at Ontario’s University of Guelph, he split his time between both pursuits—and he continues to play with his former bandmates to this day. His path to engineering was inspired by his grandfather’s work as a civil engineer and a friend’s uncle who built dams around the world, as well his own experience designing and building an off-grid family cottage.

“At first, I couldn’t quite grasp what I could do with engineering, but I started to see its direct impact,” he recalls.

After Goodwin completed two co-op terms with Stantec in Kitchener, Ont., the firm asked him what he wanted to do next. As it happened, his wife planned to study at Carleton University, so they moved to Ottawa, where he started to work with Stantec principal and wet weather team leader Adrien Comeau.

“I have had the pleasure and privilege of working with Colin over the last 13 years on many exciting projects,” says Comeau. “On each of these, Colin quickly rose to the occasion to take on increasing levels of responsibility.”

“It took 10 years overall, from design to construction to operation,” he says. “It was like taking a different job!”

He is handling big jobs now, too, including the redesign of a cogeneration facility for a wastewater treatment plant.

“The main highlights are the people I work with and handling projects where I live,” he says. “There are about 60 people in our water group. It feels like we’re a local business of our own.”