May 1, 2006
by Philip Rizcallah, P. Eng., NRC Institute for Research in Construction 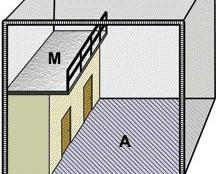 rules on mezzanines have been changed including now permitting the enclosure of the space beneath the mezzanine. 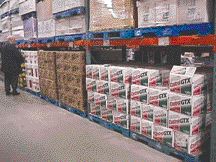 big box stores carry a variety of combustible merchandise, but studies show that browsing shoppers are slow to respond to alarms; the 2005 code sets stricter limits on the conditions for storing different products. 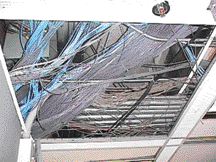 the new code begins to tackle the common problem of an accumulation of abandoned cables in plenums, such as in commercial office buildings.

In addition to the technical changes, the 2005 versions of the codes are different in many other respects. A body of new information has been added, making the codes clearer, easier to apply to renovations and more accommodating to technological advances. This new information, namely objectives and functional statements, has been added to help users understand the reason why a particular requirement must be met and to help them evaluate alternative solutions. The new information is especially beneficial in areas where rapid technology advances occur, such as in the storage tank sector.

In order to accommodate the new information, the three 2005 codes have been re-organized into three divisions: A, B and C. Division A comprises the new information: the compliance options, the objectives and the functional statements. Division B contains the acceptable solutions, which are the 1995 code provisions updated to reflect the technical changes that have been made in response to improvements in technology and new health and safety issues. For those wishing to use the code as they always have, Division B is essentially all they need. Division C is composed of administrative provisions.

Following are highlights from the technical changes.

New guidance for the development of a fire safety plan for these types of stores has been included in the 2005 NFC. Big box stores are characterized as a mixture of mercantile and warehousing facilities. Typically these buildings display products to a height of approximately 2.5 metres above the floor, and they store products above this display area to a height of up to 9 metres.

The stores carry a variety of merchandise, ranging from normal combustibles to dangerous goods such as oxidizers, compressed gases and flammable liquids. In many cases there are no set procedures addressing the storage configuration of the various products. This poses a great challenge when it comes to the protection of the occupants from a fire.

Documented research has shown that smoke obscuration in these stores can occur 7.5 to 12 minutes after the start of a fire. It is therefore critical that occupants respond promptly in a fire emergency. Human behaviour studies have shown, however, that shoppers in a retail environment tend to delay evacuation for various reasons such as their unfamiliarity with exits, the exits’ lack of visibility, shoppers’ reluctance to leave checkout lines, complacency, and uncertainty about the events unfolding.

In addition to providing guidance on the development of a fire safety plan for these stores, the NFC has added storage limitations on the quantity of oxidizers (pool chemicals) and compressed gases permitted in them. As well, new segregation limits between oxidizers and various flammable and combustible liquids and combustible products have been introduced.

The large quantity of abandoned cables remaining in plenum spaces in buildings was identified as a fire safety hazard that creates an unnecessary threat to life and further contributes to property damage in the event of a fire.

An excessive accumulation of cables with combustible insulation and sheathes in plenums is contrary to the intents of both the NFC and the NBC. It was agreed that the removal of abandoned cables would contribute to controlling the amount of combustible materials in plenums, but there were varying opinions on how this would be achieved.

The new requirements in the NFC require that abandoned optical fibre cables and electrical wire and cables, with combustible insulation, jackets, or sheathes, and nonmetallic raceways be removed unless: “(a) they are permanently enclosed by the structure or finish of the building, (b) they are not capable of being removed without disturbing the building structure or finish, or (c) their removal will risk affecting the performance of cables in use.”

The impact of this change is substantial, as it affects many fire safety devices not currently addressed under the 1995 NFC.

The NFC requires that specific fire safety devices be inspected, tested and maintained for the control of fire hazards. Such devices include smoke alarms, portable extinguishers, etc. In many cases, the testing regime is stipulated by reference to an applicable standard or provision such as Underwriters Laboratories Canada (ULC) or the National Fire Protection Association (NFPA). However, in some situations, the code is silent on the upkeep of the fire safety devices.

The 2005 NFC now includes a provision for situations where specific references to the inspection, testing, and maintenance of fire safety devices are not made in the code. Those devices must now be maintained to ensure that they operate according to their initial design requirements. Examples of devices include: fire dampers, certain audible alarms in rooms or enclosed spaces, vapour detection systems, bonding and grounding systems, fill pipe backflow prevention, and leak detection devices.

As a result of comments received by the NRC-IRC Canadian Codes Centre, it had become evident that the 1995 NFC requirements dealing with this topic were not reflecting today’s technology and practices. Some procedures were felt to be outdated, or, in some cases, deemed to be dangerous.

Part 3 of the 2005 National Building Code

Following are highlights from the technical changes.

The 2005 NBC now permits materials other than masonry to be used to provide up to a two-hour fire resistance rating for a firewall.

The NBC standing committees’ review of the 1995 code provision indicated that the requirement for masonry or concrete was meant to provide resistance to mechanical and other damage during normal use of the building. The new requirement for 2005 gives a higher level of assurance of resistance to fire damage than a regular fire separation would provide.

A high degree of reliability is needed because when a firewall is used, many credits and significant concessions in construction are allowed.

The 2005 provision allows design alternatives provided a comprehensive set of performance requirements is met, including protection from damage during regular use.

An explicit reference to Part 4 of the NBC was added to ensure the structural adequacy of the alternative design. Other firewall requirements remain unchanged.

This new provision provides options on the method of connecting audible signal devices to a
fire alarm system serving a dwelling unit or a suite of residential occupancy in a building covered under Part 3. The intent is to provide redundancy in the event that the audible device or its wiring in one unit becomes disabled.

The criteria for choosing the first option are that a single open circuit at one device will not impair the operation of the other devices on the same circuit. As a first option, the 2005 NBC now allows either Class A wiring or Class B wiring with signal circuit isolators located outside the suites. This option is for the type of circuitry required for the fire alarm connecting the audible signal devices within a dwelling unit or suite of residential occupancy

The second option for the connection of the audible signal devices is a separate signal circuit independent of other circuits provided for the audible devices in every unit. Each circuit cannot be connected to other devices in any other dwelling unit, public corridor or suite of residential occupancy

As in the 1995 NBC, the space above the mezzanine must be open except for library shelving meeting certain conditions, and partitions or walls less than 1,070 mm in height. A new exception is added in the 2005 NBC to permit partial enclosing of an open mezzanine: an example would be an operator’s booth on the mezzanine.

Lastly, there is a new Appendix note in the 2005 NBC that explains the approach for measuring the mezzanine area. The note includes a clarification that if the area below the mezzanine is enclosed, the enclosed area must be deducted from the area of the overall space before applying the percentage allowance.

There is a reduction of the rating between public corridors and the remainder of the storey from one hour to 45 minutes. The change is based on the premise that 45 minutes provides sufficient time to evacuate a suite to an exit in unsprinklered buildings. In the 2005 NBC, no fire separation is required in a sprinklered floor area where the travel distance to an exit is not more than 45 metres. In other words, the public corridor does not need to be enclosed at all if those conditions are met. This new provision represents a significant departure from the original concept of enclosed public corridors.

This waiver does not apply to patients’ sleeping rooms, which have to be separated with non-rated fire separations for smoke control, and to suites of residential occupancy. Also, under certain conditions shopping malls are still exempt from the application of the fire separation.

Philip Rizcallah, P.Eng. is a technical advisor and coordinator of fire safety in the Canadian Codes Centre of the National Research Council of Canada (NRC) Institute for Research in Construction in Ottawa. For further details on the 2005 Codes see www.nationalcodes.ca or e-mail codes@nrc-cnrc.gc.ca.