The Boston Central Artery/Tunnel Project is the largest, most complex and technologically challenging highway project ever attempted in American history. The project will reduce traffic congestion, im... 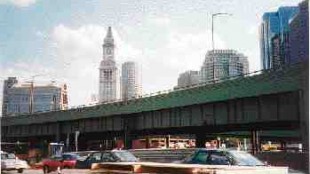 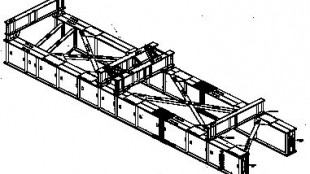 The Boston Central Artery/Tunnel Project is the largest, most complex and technologically challenging highway project ever attempted in American history. The project will reduce traffic congestion, improve the environment and lay the groundwork for continued economic growth for millions of New Englanders. The project is under construction by the Massachusetts Turnpike Authority, with Bechtel/Parsons Brinckerhoff doing design and construction management.

The designers, engineers and builders of the project are faced with difficult soil conditions and tight working spaces. They are building next to huge glass and steel office towers and fragile old brick buildings, and they need to hold up an elevated highway while tunneling directly beneath it during more than a decade of construction. The traffic on the elevated highway — more than 190,000 vehicles a day — must continue to flow.

The existing six-lane elevated highway is having an eight-to-10-lane expressway built directly underneath it. Every footing that supports the columns holding up the original artery sits directly in the path of the new highway tunnel. To excavate the new tunnel and place the decking, all the footings that support the beams holding up the old road have to be removed. In an underpinning process, the entire weight of the elevated highway must be shifted onto new supports resting on slurry walls.

Before excavation can begin under the rusting elevated structure, the old support columns must be cut away, which means that new steel supports must be built resting not on footings anchored in soil but on the new tunnel walls that rest on bedrock. There are 67 rows of three support columns spanning the width of the 2.4 kilometres elevated highway, plus other supports holding up on- and off-ramps. For the most part, the load will be shifted one entire three-column row at a time.

The Canadian steel industry will fabricate a portion of the temporary steel structures needed to keep the elevated highway in service. The team from STRUCTAL, a division of the Canam Manac Group Inc. in Quebec City, is specialized in structural steel for bridges and will prepare 23 rows of three support columns spanning the width of 0.8 kilometres of the elevated highway. This work will represent 35% of the total underpinning structures. STRUCTAL has already delivered over 1,200 tons of steel to the site in Boston out of the 6,000 tons included in its contract. The shop and erection drawings started last May and plant production will take 12 months, to end in September 1999.

Each grade beam weighs approximately 25 tons and is part of a complex support system involving many structural steel components. The largest supports weigh over 450 tons. Each of the steel grade beams fabricated for the project measures 2.4 metres in depth, and some of them are 35 metres long. All steel is A709 Gr.50 with zone II resilience and 50 per cent of the bolts are A325 – 38 mm. Most steel plates are 50 mm thick or more.

STRUCTAL must match its steel components to those of the existing structure which is extensively corroded in some areas. Therefore a lot of field surveying is required before fabrication to ensure that the connection interface between old and new is compatible.

All pieces are considered fracture critical, which entails special procedures such as using a higher preheat temperature than normal before welding. It also means having extensive UT and XT inspections. A unique type of erection procedure is necessary because special lifting equipment was installed under the existing elevated structure. Most of the erection must be done at night and in a short time frame so as not to disturb traffic. Logistics are critical, especially for night deliveries. All the pieces, for example, must be loaded on trucks in a prearranged sequence and orientation to facilitate handling at such a restrictive site.

The head office of Canam Steel Works, located in Saint-Gdon-de-Beauce, Quebec is involved in a second key part of the project. The main element of the underpinning process is the slurry wall technique being used to build the walls of the underground artery. Altogether the project involves building five miles of slurry walls, more than 793 linear metres, the largest use of slurry walls anywhere in North America. After the walls are in the ground, steel beams and concrete decking are placed between them on the surface so that traffic and construction equipment can move above, while excavation and highway construction proceed underground.

As excavation continues, large steel struts are installed between the slurry walls to counter pressure from the ground and nearby buildings. Once the excavation reaches the proper depth, the reinforced concrete roadbed is laid down, the struts are removed as the roadbed is built up, and the excavation is filled in to the surface once the roadway is finished. The Saint Gdon plant will fabricate more than 20,000 tons of steel struts, walers and hangers for the project by the year 2000, and the detailing team at Canam Laval is producing the shop and erection drawings for this part of the contract. The steel walers weigh up to 40 tons and some struts are 36.6 metres long.

Our involvement in this engineering marvel is a clear indication of Canadian expertise and ability, for which demand will be ever increasing over the next century. The challenge of this project has highlighted the healthy condition of the Canadian steel industry and is sure to stimulate even more growth in the future.