Dupras Ledoux Ingenieurs, MontrealThe Schreyer Award this year goes to the mechanical and electrical engineering for an extraordinary permanent theatre for Cirque du Soleil in Las Vegas. The Quebec tr... 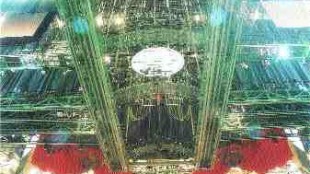 View from behind stage to auditorium 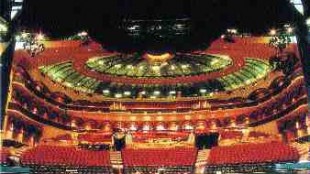 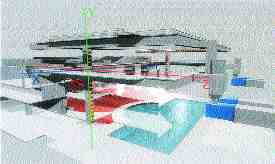 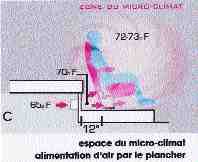 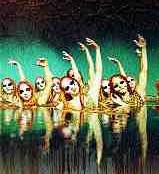 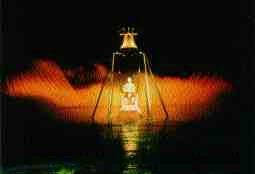 The Schreyer Award this year goes to the mechanical and electrical engineering for an extraordinary permanent theatre for Cirque du Soleil in Las Vegas. The Quebec troupe’s latest show is entitled “O,” but its phonetic equivalent in French, “Eau,” would be more literally appropriate. The theatre in the Bellagio Hotel seats 1,800 people and has a 38-metre high stage-house. But the stage is unique: it is a giant swimming pool holding 1.5 million gallons of water.

The circus’s team of acrobats, gymnasts, clowns and even synchronized swimmers (no animals) perform in, on and high above the pool, weaving their semi-surreal drama of physical prowess, original music and outrageous costumes. The pool base can be raised or lowered in different parts, so at one time the audience might be watching performers running across part of the stage in a few inches of water, and moments later a high diver plunges into the same spot.

The task of designing the mechanical systems for such a watery facility fell to Dupras Ledoux Ingenieurs of Montreal. Commissioned by the Las Vegas architect Marnell Corrao & Associates, Dupras Ledoux had to design air-handling systems that could deal with the extreme high humidity caused by the stage pool. Moreover, they had to account for future changes, since Cirque du Soleil calls the show a “work in progress” and may introduce other features that will add to the humidity such as fountains, water screens and mist. Dupras travelled to Germany to research how similar water theatres work, but found they were small, open air facilities. The large Bellagio theatre on the other hand, is a sealed, air-conditioned enclosure, shielded from the desert-like Las Vegas climate which can reach highs of 125 F.

At the same time as the theatre’s indoor environment has to cope with extreme humidity, it has to suit a range of users that had very different needs. The acrobats in the stage area need to be kept fairly warm so that their muscles stay supple, while at other times the stagehands need to be comfortable when they are working with the lights and equipment. Meanwhile the audience in the auditorium has to be kept comfortable.

Dupras Ledoux devised an air-handling system whereby each area of the theatre is controlled by independent systems. The stage and auditorium, though one continuous space, have different temperature and humidity levels which are kept separate by pressure differentials. The stage temperature is kept at 82-84 F/27.7-28.8 C with a relative humidity of 40-50%. The spectator area is at 72-74F with a relative humidity of 30-35%.

The stage area temperature and humidity are controlled by four 30,000 cfm heating/air conditioning/dehumidification systems. These backstage units are the same as in any swimming pool facility, but they have a much bigger capacity and can be controlled by the show lighting control system. Made by Dectron of Canada, the units are sized to remove up to 1,050 pounds of moisture every hour. The energy contained in the humid air, plus the energy required to power the units, is recovered and returned to the pool water and to the air.

Four hundred long-range swivel nozzle jet outlets deliver the air in three directions (vertical, front-to-back and side-to-side). Deflection systems are installed on each branch to control the reach of the air jets. Returns are installed at variable heights. The temperature 25 feet above the stage is +/- 1 F from the temperature at 100 feet above.

The equipment and technical space above the stage has its own air-conditioning system, whose purpose is to lower humidity near the steel structure and rigging equipment. An additional 400,000 cfm air exhaust system was installed to remove used air and smoke in case of a fire.

The environment in the spectator area is controlled by two ventilation systems. These are divided into eight zones based on their elevation and deliver air under the spectators’ seats via a step displacement system. The balconies receive air-conditioned air via flush-mounted displacement diffusers located at the base of the walls. Signals from multiple electronic temperature and humidity sensors located in the arm rests of the seats modulate the air flow and temperature in each zone.

The spectators have a superior level of comfort since each receives 100 per cent new air, whereas with a conventional system the air would be mixed with airborne pollutants. Another advantage of the system is that the upward air flow is very suitable for high air volumes. That is, the incoming air goes in the same direction as the warm air generated by the body heat of the spectators, thus preventing the cold air columns which are generated by downward air distribution systems. The supply air temperature is independent of the thermal load to be conditioned — therefore is very stable. Monsieur in his suit is as comfortable as madame in her sleeveless cocktail dress.

The training of odours upwards evacuates them directly outside. Thus the Cirque could add perfumes — flowers or something else — in the plenum; the theatre experience becomes total.

Since the supply air is provided by diffusers located in the counter steps, all the air ducts and terminal boxes are located under the floors. This system had a major impact on the architecture design. By locating the duct layout equipment under the seating, it left the ceiling free and enabled Cirque du Soleil’s creative team to design scenographic elements suspended from the ceiling.

This micro-climate system is the first of its type in North America, but Dupras Ledoux recently used a similar one in the high-tech Ex-Centris Building in Montreal.

Lighting is one of the most evocative parts of a Cirque du Soleil production. This tailor-made theatre for “O” uses 2,000 lighting instruments to create its colourful illusions, which include a two-masted ship floating between “sky” and “water.” The design team’s mandate was to supply power and protection to all the lighting control systems, stage equipment, over 50 mechanical systems, specialized equipment, as well as all the usual loads of a large showroom. The electrical distribution system includes over 100 electrical panels, five UPS, 1,400 kVa of emergency power, 18 lighting control banks and six motor control centres.

The theatre opened in October 1998, and was delivered on time and on the budget of U.S. $50 million, which was set in 1995. Of that amount, $20 million was spent on the electrical and mechanical systems for which Dupras Ledoux was responsible.

The project that won the day in this year’s Canadian Consulting Engineering awards is the mechanical and electrical engineering for an extraordinary theatre that has a vast swimming pool as its stage.