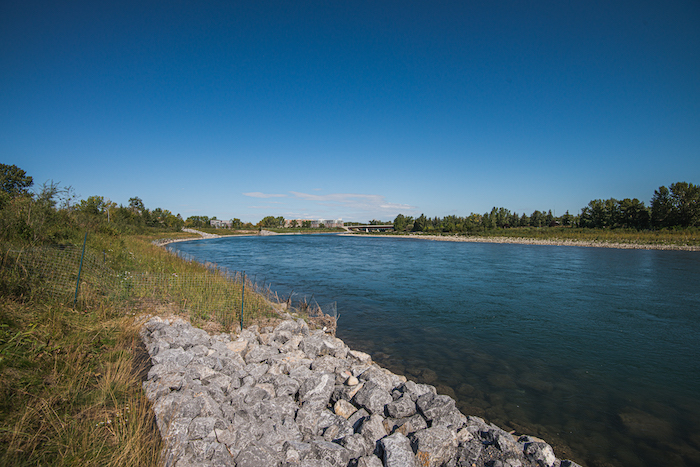 For Alberta, the Bioengineering Demonstration and Education Project (BDEP) is a significant initiative that showcases next-generation techniques for protecting riverbanks from flooding, as an alternative to such conventional methods as rock riprap. About 100 trees, 2,300 shrubs and 30,000 live cuttings were planted to improve riparian (i.e. aquatic-terrestrial) health.

Alberta Environment and Parks partnered with the City of Calgary to undertake the BDEP to mitigate impact to fish habitats and improve riparian health along a 680-m stretch of the Bow River in the community of Inglewood, in the wake of a 2013 flood recovery program.

The project successfully showcased both common and new techniques and openly shared its documentation, research findings and performance monitoring results through a municipal website, www.calgary.ca/BDEP, which was launched in 2020.

Bioengineering is still an emerging field in Canada. In Alberta, specifically, with a low rate of vegetation survival (typically only around 50%), projects have not always been successful.

This was accomplished by implementing 14 different techniques at 10 treatment areas with a variety of hydraulic, geotechnical and environmental conditions. Of these techniques, half were novel to Calgary, including:

During the 2013 flood, the Bow River’s velocity reached 4 to 5 m/s and the riverbed dropped by about 4.5 m at the site, forming the river’s deepest scour hole in Calgary. After conducting a detailed analysis, KWL designed a self-launching riprap scour apron that included rock structures for fish habitat.

When the BDEP’s design was nearly complete, a new transit bridge within the site was announced. KWL collaborated with the bridge design team to minimize the need to redesign the BDEP. They worked to increase the bridge’s dimensions to accommodate a wildlife corridor and two BDEP viewpoints. These measures had minimal impact on the bridge’s cost and construction schedule.

To secure an experienced contractor and reduce construction risk, the design team developed a custom tender evaluation based on price, experience and project understanding. Even with this effort, 27 site instructions and 54 requests for information had to be administered over nine months during construction.

There were significant cost savings compared to a conventional approach.

The BDEP provides many social benefits. It increases biodiversity and improves riparian health and water quality by replacing riverbank debris with native vegetation; serves to protect the historic neighbourhood of Inglewood from the next big flood; provides access to green space and an educational amphitheatre, gathering space and lookout points; helps educate the public about bioengineering and riparian health through interpretive signage; and links the Inglewood Bird Sanctuary and Pearce Estate Park with a wildlife corridor, nature trail and pathway; provides safe passage for wildlife under Cushing Bridge and the new transit bridge.

As mentioned, it also shares key information with other professionals, so they can incorporate bioengineering techniques into their own designs and improve other projects’ outcomes.

The BDEP also provided significant cost savings compared to a conventional approach. Its final construction cost was $4.15 million, whereas a riprap design covering the same project footprint would have cost about $5.15 million, mostly due to the import of rock riprap. 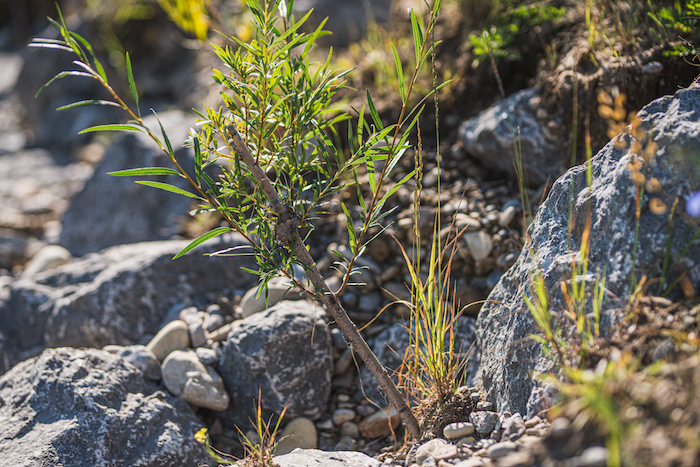 Beyond those already mentioned, the BDEP achieved further environmental enhancements.

For one, its fish habitat enhancements—including shelters, overhanging vegetation, boulder clusters and rock spurs—were so extensive, they earned offset credits for application on another municipal project.

The design team incorporated an existing nesting area for federally protected bank swallows. During construction, it was screened off to limit disturbance. After construction, the swallows were observed returning to it. Similarly, ongoing performance monitoring confirms wildlife is using the corridors constructed under the aforementioned bridges.

Three techniques for retrofitting existing rock riprap erosion protection with vegetation were piloted in the BDEP. Monitoring found the resulting vegetation survival rates ranged from 60% to 97%.

Technical presentations about the BDEP have been delivered not only at the site, but also at local and international conferences. In addition to KWL-initiated research with the University of Calgary, the project’s contract documents have been used as a template for 10 other projects within the same overall flood recovery program.

The performance monitoring program is still underway, with a 10-year duration, evaluating and reporting on the project’s impact on fish habitat, wildlife, riparian health and bioengineering structural integrity. The first year’s results have already shown the BDEP’s effectiveness exceeds expectations.

Mike Gallant, P.Eng., is a senior water resources engineer with KWL. This article originally appeared in the March/April 2021 issue of Canadian Consulting Engineer.