A cost-effective and repeatable solution was required to maintain water delivery to this northern Saskatchewan community when the power goes out. 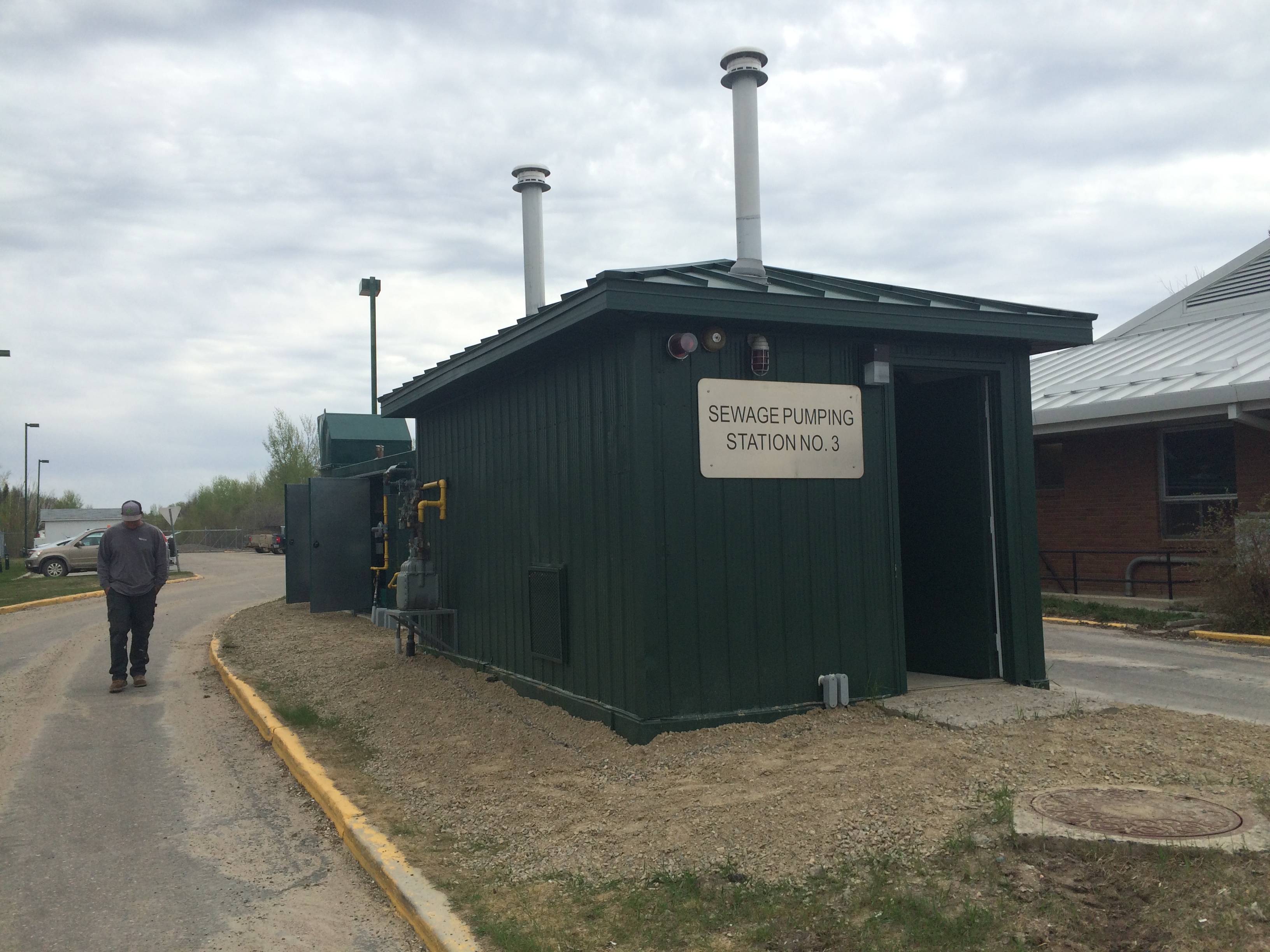 Self-contained metal structures were designed with efficiencies in mind.

For many northern communities across Canada, a reliable, safe water source is a major issue. The principal concern for the town of La Ronge and the northern village of Air Ronge in Saskatchewan has been power outages which disrupt water and wastewater services. Whenever the power went out, government regulations required shutting down the water supply and issuing a “boil water” advisory.

In 2014, Associated Engineering (AE) was contracted to lead the design and construction of upgrades to keep the tap water flowing. The project encompassed 21 facilities—18 sewage pump stations, two water pump stations, and a sewage treatment plant—each with its own unique issues and history.

The Lac La Ronge Regional Water Corporation is a regional utility that was formed by, and is jointly owned by, the La Ronge, Air Ronge, and the Lac La Ronge Indian Band. The back-up power project involved working with two distinct municipal jurisdictions as well as SaskWater as their project manager. The project also demanded innovative solutions to remain within a strict budget.

For many years, the area of La Ronge (as the three communities are often referred to collectively) – with a population of around 5,600 people and located about 240 km north of Prince Albert – has experienced power outages for several reasons such as downed trees, forest fires, harsh weather conditions, problems with wildlife, and the remoteness of the lines.

The outages require de-pressurization of the utility’s water system, leading to the water advisories. These disruptions would continue for days, until samples had been collected and analyzed so the order could be lifted.

An unreliable water source is not only inconvenient for homeowners, but also a serious concern for the regional hospital, tourism industry, educational institutions, government departments, and businesses that have made La Ronge the major service and supply centre and “jumping off point” for industrial activity in the northern end of the province.

There was no single solution to ensure a constant power supply to the water system, and innovative options were needed for the diverse range of upgrades required.

Designs had to consider options such as adding an external generator, adding a generator within an existing building, and, for the more critical locations, replacing the entire building with a larger structure to accommodate the equipment.

One solution involved raising a building and surrounding components by one metre to avoid the risk of flooding during high-water levels in the Montreal River which leads into the large Lac La Ronge body of water.

Given the harsh climate, the selection of housing for the external generators was critical to reduce the strain on the generators. After exploring several options, the team developed the model of a self-contained metal structure, into which the various components could be incorporated as modules, shipped on-site and easily assembled. This reduced both time and costs without compromising quality.

The cost-savings are significant enough to warrant adoption of this approach in the future for other remote communities. The final deliverable of the project will be a complete set of record drawings which will be essential for maintenance and future upgrades.

In 2016, two construction contracts were tendered for a total construction budget of just over $5 million. Rigorous engineering and project management resulted in consistent progress without major disruption or dispute, along with significant cost savings through reduced travel costs.

Highlights of the process included:

The La Ronge region is a flagship of economic development in northern Saskatchewan. Securing its water and sewer utilities is a significant advancement using practices that other northern communities can adopt and adapt.

The upgrades at La Ronge protect both the treated water supply and the environment, by helping to allay contamination concerns during power outages.

Overall, the upgrades will more effectively deliver water to the community, and eliminate the need of the community and institutions to routinely bring in bottled water from the south. As of July 2017, when the power goes out, the water stays on.

La Ronge is a gateway to the north and supplier for mining, exploration, tourism and other industries. The upgrades to the utilities will be an advantage in attracting and retaining these industries.

Project management and planning – including the involvement of key people from these communities at critical points – helped to promote understanding and a perspective that saw “the larger community as a whole.” The positive experience over the past two years will foster increased cooperation in the future to ensure a healthy, prosperous and forward-thinking community.

The project received an Award of Merit at the ACEC-SK Awards.