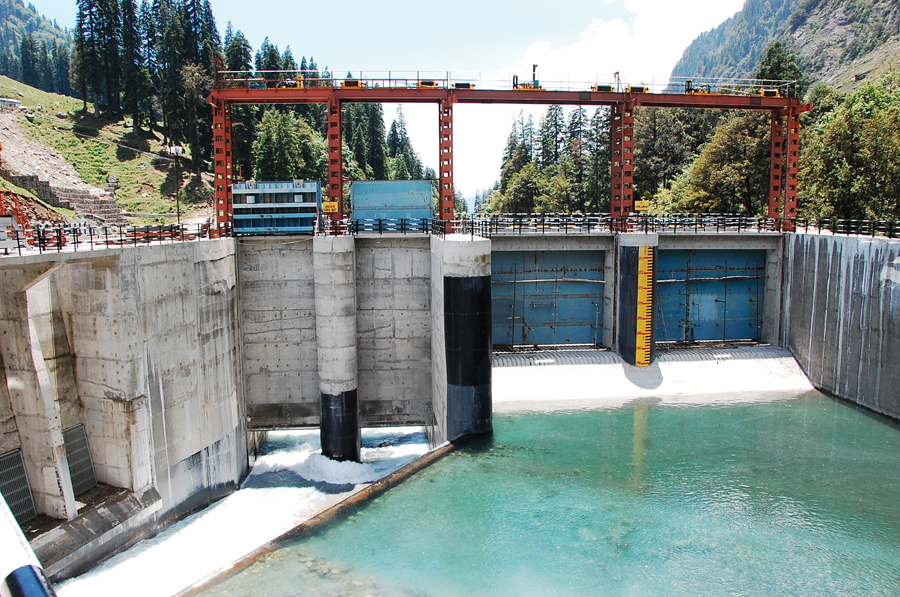 “This project was very innovative, with the majority of the construction located under ground. The jury also appreciated the fact that the project brought social and community benefits such as creating new roads and using local people to do the work.”

On behalf of AD Hydro Power in India, AECOM’s Montreal office provided the detailed design and construction supervision for this 192-MW underground run-of-river hydroelectric project that harnessed the flow of two rivers high in the Northern Himalayas.

AECOM’s professionals had to deal with huge natural and human constraints to deliver this low environmental impact project in an inaccessible region with inclement weather. The plant, supplying hydroelectricity in a region that traditionally relies on coal-fired power, will reduce CO2 emissions by more than 5 million tons over 10 years.

The project was complex in terms of its design, partly due to the space limits that did not allow traditional storage solutions at the site. Another challenge was the difficulty in maintaining an appropriate flow in conditions varying from scarcity to flash floods.

Were it not for its many innovations, this project would never have seen the light of day. From upstream to downstream, AECOM’s team provided creative solutions for tremendous constraints, such as two very different river intakes located at a differential elevation of 40 metres, which created a difficult hydraulic balance in the system. The rivers’ flows converge towards the underground penstock into a combined flow of 26 m3/sec, under a gross head of 876 metres – one of the highest in the world.

A specially designed surge shaft was needed to reduce the impact of the “water hammer” effect created by the transformation from free flow to pressure flow in the tunnel from the Duhangan river intake.

To harness a total of 308,500 m3 of water storage required to operate the plant during its four-hour daily peak during a lean period, an intermediate storage reservoir, with a capacity of 221,400 m3, was built at an altitude of about 2,500 metres above the sea level. The natural reservoir upstream added a total volume of 61,400 m3, which was insufficient, so the team calculated the volume available in the headrace tunnels and desanders and turned them into residual tanks with a capacity of 25,700 m3.

The intermediate reservoir incorporates several innovations in order to keep its ecological footprint to a minimum. For example, cantilever instead of gravity walls were used to increase the storage volume with a minimal amount of concrete. The high performance underground drainage system discharges excess water from below the reservoir slab into the river.

In order to deal with free flow and pressure flow entering the Duhangan tunnel, the engineers developed a mathematical study model and validated the results with a hydraulic model in a Montreal laboratory. Due to the size of the hydraulic system, the pipes representing the headrace tunnels of the hydraulic model had to take the form of a labyrinth and additional pressure losses needed to be compensated.

In a hydraulic structure of this size, any solid particles above 0.2 millimetres can cause extensive erosion and cavitation to turbines, so AECOM conceived an ultra-efficient desilting chamber as the water filtration system. It was necessary to develop two types of non-standard gravel traps and desanding basins.

During the summer monsoon, the plant can operate with 15% continuous overload. From October to May, it operates at its peak capacity of 192 MW for four hours per day. The energy is sent to a substation 175 kilometres to the south, from where it is sold to the northern India grid.

From 2004 to its completion in 2012 the construction brought many benefits to the people of the Himachal Pradesh region. Besides providing electrification for surrounding villages, the project was able to create a 23-kilometre network of access roads while respecting the traditional methods of road construction and cultural traditions. Other local benefits included social services, such as a doctor’s office, pharmacy, schools, playgrounds, temples, police station, bridges, drains, irrigation, drinking water facilities, and street lights.

After the success of the Allain Duhangan project, AECOM will use the same approach, with the same client, to develop the hydrological potential of Nepal and Arunachal Pradesh of India through the design and construction of three other hydroelectric complexes.cce