One of Central Ontario's first engineering firms continues to thrive. 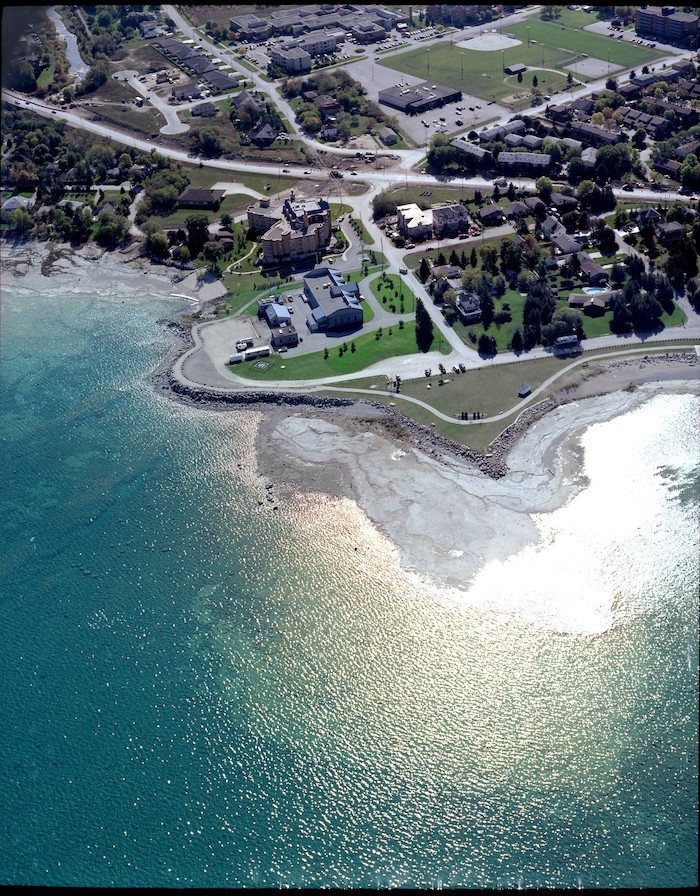 This year, Ainley Group celebrated 60 years since its founder, P. William (Bill) Ainley, established the firm in Collingwood, Ont. Back then, in 1961, it was one of the first engineering companies in Central Ontario. Initially providing services for local municipal governments, it grew from a small, family-run operation to a multidisciplinary, employee-owned firm, with 130 staff members across six offices throughout Ontario.

“In the 60 years since Bill founded the company, many things have changed in our industry,” says Joe Mullan, current president and CEO. “However, we still rely upon the core principles Bill used to guide the formation of the firm in the early year: hire and develop the best staff, be respectful of and attentive to your clients’ needs, complete every project like it is the most important you have ever had and be willing to learn and adapt with new technologies.”

With the dedication of its staff and leadership team, the firm has been able to survive, grow, flourish and develop through major recessions, shifting municipal boundaries and the recent pandemic. Looking to the future, the team plans to adapt further, with a focus on continuous improvement and innovative thinking, while maintaining the human side of the business, to ensure the new infrastructure being designed today will help to provide a clean and sustainable future for generations to come.

1967: The firm is incorporated as Ainley and Associates.

In 1961, recognizing there was a critical shortage of engineers outside Ontario’s primary urban centres, Ainley plied his trade in an area where he believed his services could make the most difference. His approach involved advocating for public health and safety through the implementation of high-quality infrastructure for rural and small municipalities, focusing on the areas of municipal water, sewers, transportation and structural works, as well as environmental engineering. He incorporated the firm as Ainley and Associates in 1967.

As Ainley Group grew with the addition of offices in Barrie and Belleville, Ont., in 1974 and 1979, respectively, it became one of the largest consulting engineering and planning firms north of Toronto and extended its services to include urban and regional planning. The firm would also go on to add geotechnical engineering, environmental sciences and geomatics through the acquisition in 1988 of A.J. Graham Engineering Consultants, an established firm in Ottawa. 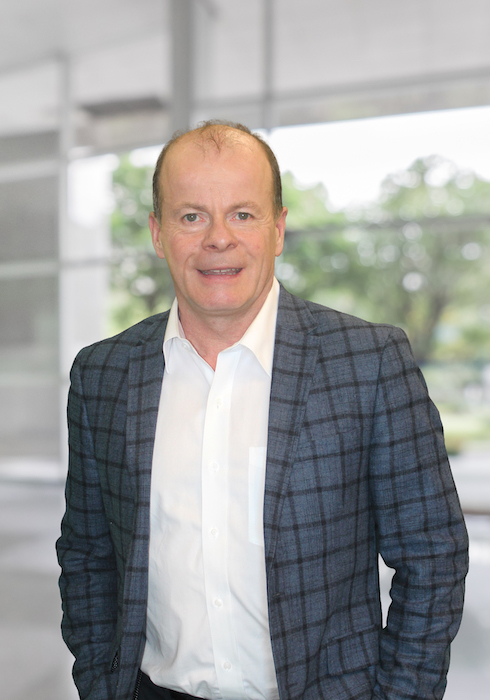 In 2003, Ainley received the Association of Consulting Engineering Companies – Canada’s (ACEC-Canada’s) Beaubien Award, which honours lifetime contributions to the advancement of the consulting engineering profession.

“Bill spent countless hours walking project sites with municipal councillors and staff and attending evening council meetings to respond to questions and to explain the significance of engineering standards or regulations, all to garner a personal understanding of and empathy with his clients’ engineering needs, as well as to instill a spirit of partnership in addressing those needs,” said the late Terry Hardy, P.Eng., the firm’s former president and CEO, at the time.

Ainley Group’s commitment and contributions to high-quality infrastructure in small communities led Bill and his wife, Trudy, to embark on a larger mission to make a difference: responding to Ethiopian famines in partnership with Hope International Development Agency. They participated in several projects, beginning in 1987 with the drilling of 30 new wells over eight months in remote villages across Ethiopia, which provided clean water for more than 40,000 people. Over the next 15 years, they also went on to provide clean water to those in need in Pakistan, Lebanon, Indonesia and Cambodia. 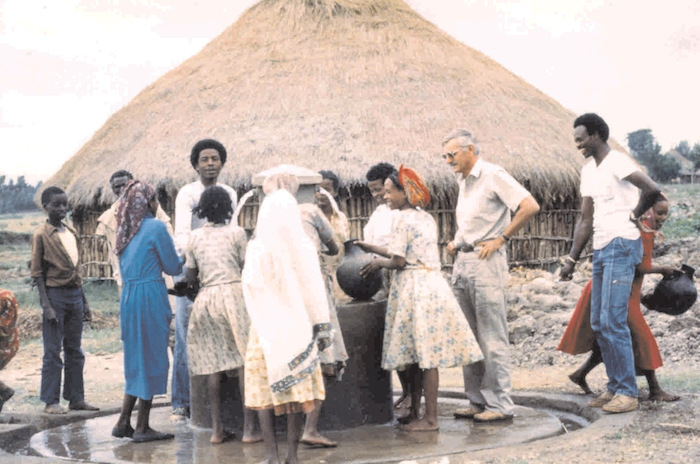 In 1987, founder Bill Ainley embarked on an eight-month mission to Ethiopia, where he organized the construction of 30 new wells in remote villages, ultimately providing clean water for more than 40,000 people.

Over the years, Ainley Group has celebrated many accomplishments, awards and memorable milestones while adapting rural communities to urban technologies, introducing innovative and environmentally friendly services and achieving recognition for merit and ingenuity. The firm has grown and adapted with evolving technologies, local climates, development pressures and environmental regulations to help its clients build for the future.

Some of the firm’s most notable achievements include the introduction of technologies to address rising concerns over public health, safety and environmental impacts from wastewater contamination and unreliable clean water supplies. Such projects have included first full-scale application in the province of ultraviolet (UV) irradiation of sewage treatment plant effluent for disinfection, in Craigleith within the Town of Blue Mountains; the first municipal application of ultra-filtration process and membrane technology at the Raymond A. Barker water treatment plant in Collingwood; and the first use in the province of a “DynaSand” deep-bed filter for phosphorous removal, at the village of Elmvale’s wastewater treatment plant (WWTP).

The firm received awards for delivering the first steady-flow system in Ontario, at Carlsbad Springs; the city of Barrie’s first major horizontal directional drilling project, i.e. the Lakeshore Drive transmission main and distribution watermain; and both project management and technological efforts to minimize active construction and traffic disruptions during the Gorham Street watermain project for the town of Newmarket. Ainley Group was also involved in the first use in North America of integral hot-melt asphalt (HMA) paving (also known as ‘compact asphalt’), for a section of Ontario’s Highway 12, which improved road quality, offered environmental benefits and significantly reduced closure times during construction. 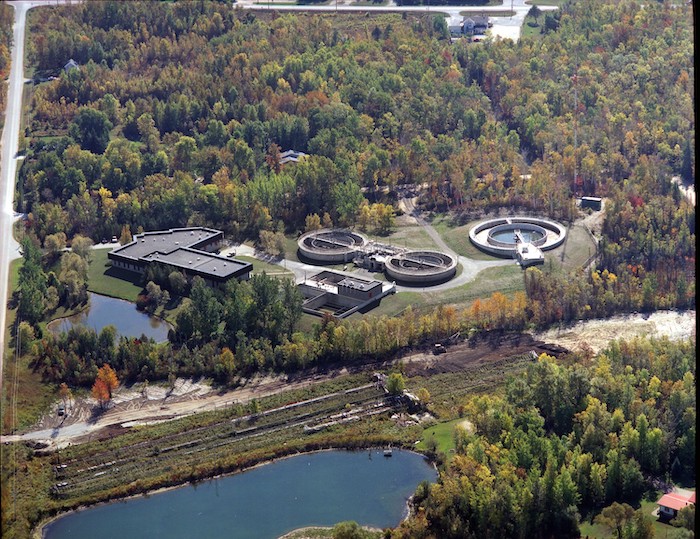 As the recent pandemic has limited the means of community outreach, the firm has had to adapt to less traditional means of engagement. This was vital, in particular, when the firm had to engage the community for the town of Collingwood’s water plant expansion, a monumental project in the progressive growth of the municipality amid a significant increase in development applications. Restrictions on gatherings, imposed during the pandemic, cancelled plans for a traditional, venue-based public information centre.

So, instead, the project team used the town’s Engage Collingwood web platform as the primary method to present information and gather input from the community. The site drew hundreds of visitors and even enabled the project team to analyze the level of engagement for each visitor.

This project marked a return for Ainley Group, as it involved the aforementioned Raymond A. Barker Water Treatment Plant, which the firm had designed with Ontario’s first municipal application of ultra-filtration process and membrane technology. Built in 1998, the plant is now undergoing an expansion to meet the needs of the growing community. Interim upgrades are scheduled for 2022 to alleviate Collingwood’s imminent water capacity constraints. 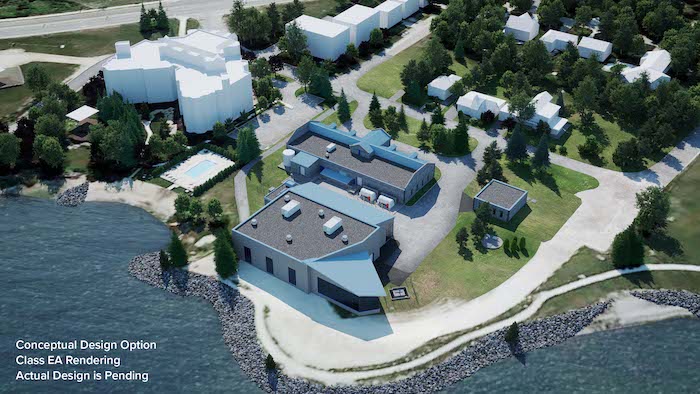 Once the project had become the town council’s top priority, Ainley Group was selected in July, in partnership with AECOM, to design an expansion of the existing plant and to retrofit it with UV disinfection, all to increase capacity pending completion of a new plant.

“Having Ainley Group, a local engineering firm with 60 years of experience, working on this project is a huge benefit to our community,” says Brian Saunderson, Collingwood’s mayor. “Its importance cannot be overstated.”

Ainley Group and AECOM had previously partnered to deliver a 2020 environmental study report, leading into the subsequent design of the project, which is still ongoing. Throughout both phases, public engagement and input have been integral to conceptualizing a preferred solution. Workshops with stakeholders, including those focused on architecture, have continued throughout the detailed design phase, to ensure all ideas are considered to meet the needs of the community.

Christine Shilson is vice-president (VP) of marketing and proposals for Ainley Group. For more information, contact her at shilson@ainleygroup.com and visit www.ainleygroup.com/60-years.

This article originally appeared in the November/December 2021 issue of Canadian Consulting Engineer.