A long legacy of engineering

The recently announced merger of IN Engineering with Collett Surveying marks a return of full-service engineering services to Brockville, Ont., and the surrounding area. The combined firm now operates as IN Engineering + Surveying.

Founded in 2018 by Andrew F. Melchers, P.Eng., IN is one of the newest engineering firms in the area. By contrast, Collett Surveying, purchased by Brent Collett in 1996, is one of the oldest continuously run surveying operations in the region, tracing its origins back to 1881, when it was founded by land surveyor Willis Chipman, a professional engineer who left his mark on the history of Canada across a storied career.

Chipman would later sell his practice to Lieutenant Colonel Bryce J. Saunders, who would go on to partner with Thomas Henry Wiggins, each making contributions to the history of Canada in their own rights.

Canada at the turn of the 20th century would have been an exciting place for a surveyor or contracting engineer, as new provincial governments were being formed under the auspices of joining Confederation and the federal government of Sir Wilfred Laurier was implementing an ambitious immigration agenda to settle the west.

To suggest the landscape was changing rapidly is an understatement. Surveyors and engineers were plotting and building the future of the country. The following information is largely drawn from the records of the Association of Ontario Land Surveyors (AOLS). 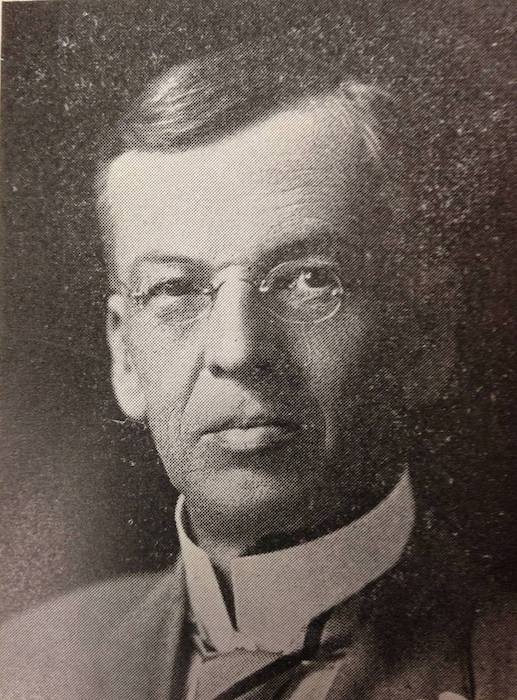 Born near present-day Elgin, Ont., Chipman completed public school in Athens, Ont., before moving to Montreal for high school. He graduated from that city’s McGill University in 1876 with first-rank honours in civil and mechanical engineering.

In 1881, Chipman published a paper titled, ‘How To Do It: Some Suggestions On House Sanitation,’ for Ontario’s executive health officers. It was ahead of its time for Canada, describing city planners and engineers working in close collaboration with public health officials, emphasizing wider use of water closets (WCs) and plumbing fixtures and arguing for conditions that would avoid the propagation of epidemics.

That same year, Chipman founded his private practice in Brockville as a land surveyor and civil engineer. He went on to become the town engineer and prepare the plan for Brockville in 1883 and 1884, quickly establishing himself as a leading designer of water and sewer works. In fact, his designs were used to construct sewer works across much of Ontario, including Cornwall, Pembroke, Gananoque, Arnprior, Renfrew and Lindsay.

Chipman was a founding member of AOLS, serving as its first secretary treasurer from 1886 to 1890, vice-president (VP) in 1895 and president in 1896. As his contributions to the association grew, he sold his practice in 1891 and moved to Toronto in 1894. And in 1923, he became president of the Ontario Association of Engineers.

In 2003, Consulting Engineers of Ontario (CEO)—more recently rebranded as the Association of Consulting Engineering Companies – Ontario (ACEC-Ontario)—created the Willis Chipman Award in recognition of his contributions to the field. Each year, this award celebrates consulting engineering firms’ knowledge, skill, expertise and contributions to Ontario’s economic, social and environmental well-being.

To further commemorate him, IN’s main office building is named after Willis. 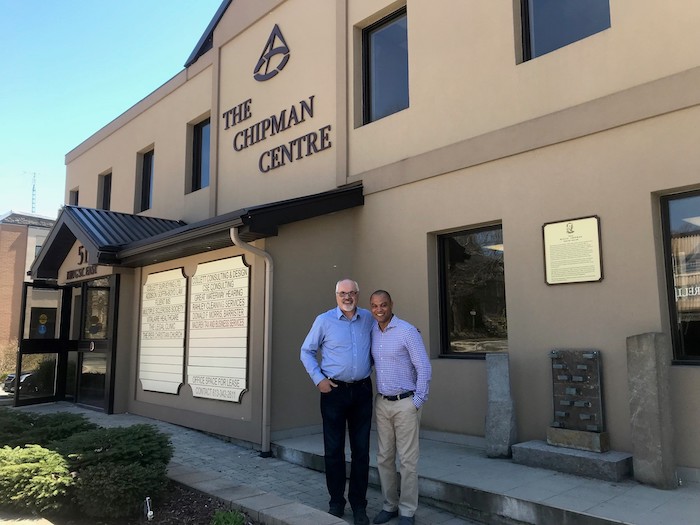 The Chipman Centre in Brockville pays tribute to Willis, whose descendants reunited in the town in 2018.

As mentioned, Chipman sold his practice to Saunders. Born near present-day Lyndhurst, Ont., Saunders qualified as a land surveyor in 1884 and engineer in 1886. Like his predecessor, he became Brockville’s town engineer, from 1892 to 1896.

Saunders was a military man. At 10 years old, he was a drummer boy in a small unit that defended Brockville against potential Fenian raids. As an adult, he served with the Dominion Land Surveyors Intelligence Corps, deployed in 1888 during the North West Rebellion. It was the first unit anywhere in the British Empire ever to be designated as an intelligence corps.

All the while, he had continued his non-military career. In 1897, for example, Ontario’s government commissioned him to survey its boundary with Manitoba. He went on to become deputy minister of public works for the Northwest Territories and then relocated his private practice to Edmonton shortly before Alberta joined Confederation.

With his passing in 1926, Saunders’ remains were escorted by the Royal Canadian Mounted Police (RCMP) and local militia officers. His funeral was described with the “befitting dignity of a military ceremony.”

Passing on the practice

The private practice founded by Chipman and furthered by Saunders was passed along to Thomas Henry Wiggins, who advanced similar principles of home water and sewer systems to continue improving the living conditions of residents in communities across eastern Ontario. From there, the firm operated continuously, offering surveying services.

As IN sets out to establish itself as a leading full-service engineering firm for the area, it can look back on its rich history and be reminded of how earlier surveyors and engineers plotted and built the future of Canada.

Charles Melchers, brother to IN Engineering founder and president Andrew Melchers, was raised in Lyn, Ont., just outside Brockville, and is a self-professed student of history. This article originally appeared in the January/February 2021 issue of Canadian Consulting Engineer.