“An example of high-quality engineering and big-picture perspective, executed with consideration for population growth and climate change.” – Jury 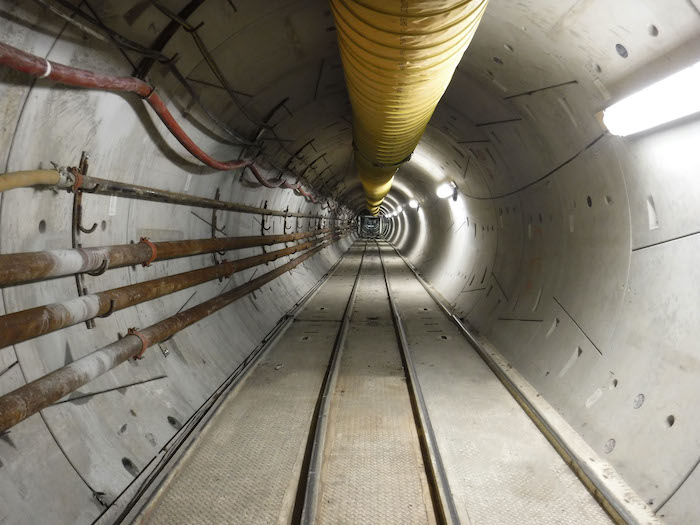 One of the key objectives of the Combined Sewage Storage Tunnel (CSST), which comprises two 3-m diameter interconnected tunnels that provide more than 43,000 m3 of storage volume, is to reduce the volume and frequency of combined sewer overflows (CSOs) to the Ottawa River. The river is a significant natural resource, providing a water supply to municipalities and opportunities for fishing, boating and swimming to residents and tourists. By reducing CSOs, the CSST will lead to recreational, environmental and economic benefits. Recognizing the importance of the municipal project, the federal and provincial governments also provided support and funding.

The project’s implementation faced numerous inherent challenges, but a focus on holistic risk management from early concept design to commissioning played a key role in its successful delivery. Further, the development and application of an innovative procurement process, which involved receiving value-added proposals from bidders during the ‘in-market’ period, helped the city meet its goal of maintaining costs within defined limits with its federal and provincial funding partners. The project was successfully implemented within the city’s budgetary limits.

The CSST, which was put into operation in late 2020, is a marquee project of the municipal government’s Ottawa River Action Plan (ORAP). It builds on the success of real-time control (RTC) for the operation of the city’s sewer system, which was implemented in 2012.

This project was originally conceived to be a single, deep-tunnel storage facility, dewatered by pumping, as is common for most CSO tunnel storage. The evaluation of alternative solutions, however, led directly to an innovative design that acts as both a tunnel flow conveyance and a storage tunnel that drains by gravity, avoiding a costly dewatering pumping station.

The CSST comprises a 4.1-km long east-west tunnel (EWT) and a 1.9-km long north-south tunnel (NST), with an overflow frequency target of one to two CSOs per year, on average. With its implementation, the city now meets and exceeds its CSO control objectives, as defined by the provincial ministry of environment, conservation and parks’ Procedure F-5-5, Determination of treatment requirements for municipal and private combined.

Beyond CSO control, the design maximizes resiliency to reduce the potential for basement flooding in the downtown core by providing a high-level relief outlet during extreme events. Twinning the collector system maximizes reliability by providing the ability to inspect and undertake the future rehabilitation of the main interceptor. And as both a conveyance and storage facility, the project offers multiple operational modes that maximize functionality by adding flexibility for system operators. 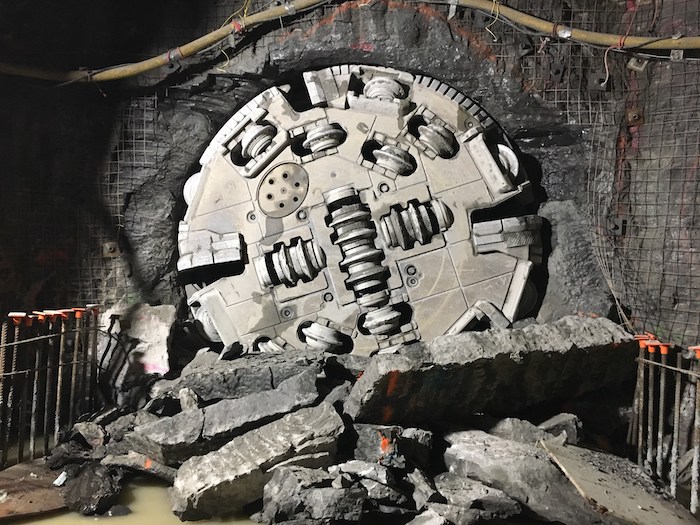 The project’s challenges, risks and constraints largely resulted from local geologic subsurface conditions, being spread across the city’s historic and densely populated downtown core and tie-ins to numerous collector sewers, which entailed stakeholder engagement related to mitigation of construction impacts adjacent to existing facilities and utilities.

Construction required excavating more than 6 km of deep rock tunnel and eight shafts, including 25-m deep shafts for the installation of a single-pass tunnel boring machine (TBM) using a precast concrete tunnel lining (PCTL) system. As the TBM passed under the downtown core, it crossed under critical infrastructure, including a new light-rail transit (LRT) tunnel, under the Rideau River and the Rideau Canal and above the existing interceptor outfall sewer (IOS).

Groundwater drawdown was a key risk, with potential for widespread underdrainage of the sensitive marine clay deposits overlying the rock and for subsequent building and structure impacts. To mitigate this risk, the project team specified the TBM’s operational control requirements, with segmental PCTL as excavation advanced and sealed shaft excavations in several locations.

Specific performance criteria were specified in areas of concern, such as high groundwater, low rock cover and fault zones, and the project involved an extensive geotechnical and hydrogeological conditions monitoring program. 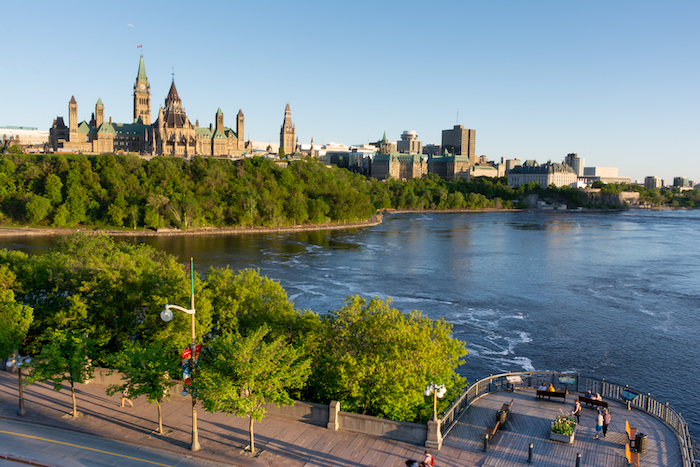 The CSST has already led to a reduction in the frequency of CSOs discharged to the Ottawa River. Photo courtesy Stantec.

This project represents an investment in sustainable and resilient wet weather flow management, designed to protect the health and vitality of the Ottawa River for present and future generations. It maximizes the resiliency of the collection system with a high-level relief outlet for major storm events that reduces the risk of flooding.

As the CSST extends through the city’s core, it twins a 4-km long segment of the main interceptor sewer that convey flows for approximately one third of the city’s population. A key feature of the CSST’s design is adaptability, as it can be extended all the way to the downstream wastewater treatment plant (WWTP) in the future, allowing the twinning of the entire length of the more than 60-year-old interceptor sewer, providing added resiliency, performance capability and capacity to address changing conditions.

After its first year of continuous operation, the CSST had already led to a reduction in the frequency of CSOs discharged to the Ottawa River. The innovative gravity-based tunnel design has allowed the city to meet its CSO control objectives within its funding limits. Further, it positions Ottawa as a leader in environmental protection among Canada’s municipalities.