“With impressive mentorship, training, safety and jobs, they did a very good job for the community.” - Jury 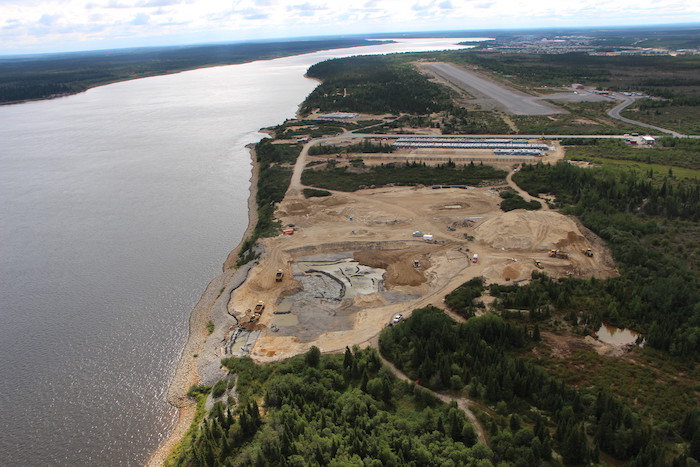 Hydro-Québec retained Englobe in 2015 to manage the large-scale environmental remediation of Block D, a parcel of land in the Cree community of Chisasibi, Que. The former petroleum depot had been active during the construction of Phase 1 of the La Grande complex from 1973 to 1984. It was dismantled in 1996, but its historic activities had left the land contaminated by petroleum hydrocarbons, with more than 1,000 barrels buried on-site.

The Englobe team overcame challenges to develop meaningful stakeholder relations, build capacity with local Indigenous peoples (accounting for 85% of the workforce), minimize ecosystem impacts and allow procedures to initiate for the retrocession of the lands to the Cree Nation.

Chisasibi is situated on the eastern shore of James Bay and the southern shore of La Grande River. Projects in this region encounter challenges with cold climates, remote locations, lack of infrastructure/resources, short summers for soil treatment, challenging and variable ground conditions and limited access to a qualified workforce. These can cause issues for transportation, material handling, scheduling, equipment design and maintenance.

With regard to stakeholder relations, this was a highly sensitive project involving the Cree Nation of Chisasibi (CNC), the Government of Quebec and Hydro-Québec. At the project’s onset, building trust and confidence between the groups was a priority.

To regularly liaise with stakeholders and keep the project on schedule, a non-traditional project management and monitoring committee (PROM) was established, with representatives from all groups. The PROM maintained open lines of communication, making sure everyone understood priorities, objectives and desired outcomes. This team approach ensured work was completed to the expectations of all parties.

Englobe participated as an active member of the PROM, helping to facilitate discussions and share an understanding of the work to be done based on a scientific approach. For the duration of the five-year project, the team regularly co-ordinated further opportunities to seek input from stakeholders. Being responsive and acutely aware of all aspects of the project contributed to its success. 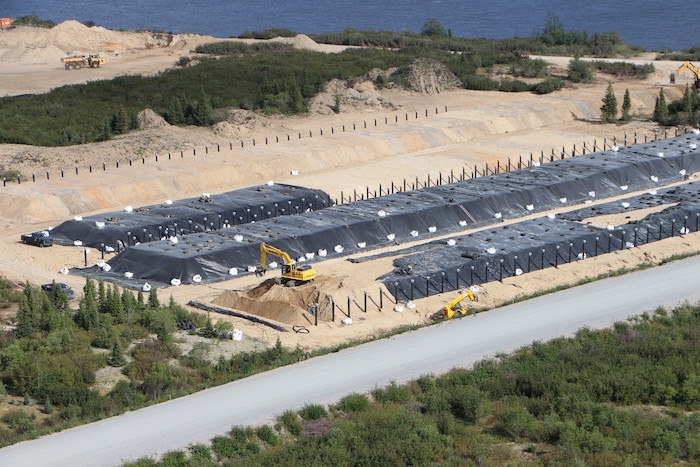 Tarps and other project materials were reused.

Englobe’s team also helped establish a strong occupational health and safety (OHS) culture, providing support for the contractor to prepare an updated program with the provision of personal protective equipment (PPE) and training for all contractor employees, job safety analysis for tasks and daily safety meetings.

Englobe’s team took the initiative to provide in-person training workshops for local workers involved in the project. These helped to build trust and confidence by allowing the workers to learn more about the project’s milestones, what was being done with the collected samples and how the resulting data was being used.

Skills developed for this project are transferable to various industries, contributing to greater regional prosperity.

The area was revegetated.

The handling of fuel associated with accidental spills during the Block D depot’s operations had significant environmental impacts on the land, leaving it contaminated. The site, under provincial jurisdiction, corresponded to an enclave within the reserved lands of the CNC, but due to the on-site contamination, the retrocession of the land to the community could not proceed.

Between 2015 and 2020, the project team oversaw the complete remediation of the site, leaving the soil and groundwater restored and meeting applicable criteria. During the remediation, measures were taken to minimize further environmental impacts.

One aspect of the project, for example, was to decommission the remaining structures of a wharf from the depot’s active period. All work to remove this wharf, located along the sensitive shoreline of La Grande River, needed to be completed during a specific time frame to ensure minimal impacts to aquatic habitat and spawning fish species. Once the wharf’s scrap metal was carefully removed from the shoreline, it was transported off-site and 100% recycled. The area was then redeveloped to blend in with its surroundings.

The final stages of the project were impacted by the COVID-19 pandemic, which forced the team to postpone finishing the site from 2020 to 2021. Following the full remediation of the site, the retrocession process for this parcel of land was able to be initiated by those concerned. With the site fully restored, the CNC will be able to enjoy this beautiful space.