“This really showcases the forefront of engineering in making existing building stock sustainable to meet Canada’s carbon reduction targets. These are the buildings of the future.” – Jury 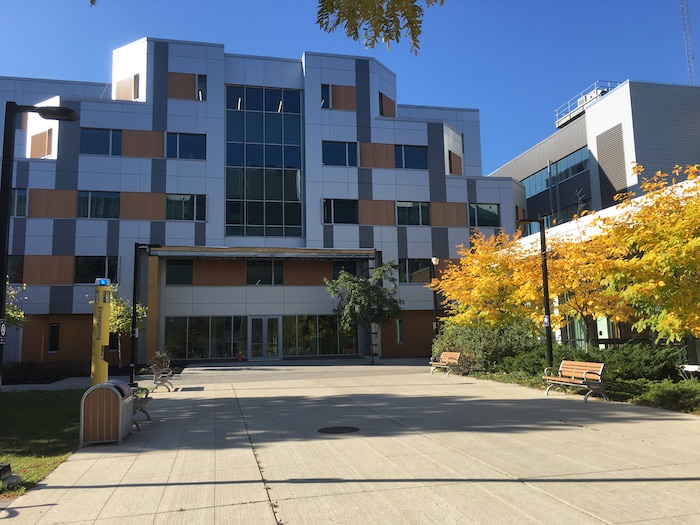 The transformation of the aging Building NX at Toronto’s Humber College is the first retrofit in Canada to achieve Zero-Carbon Building Design certification from the Canada Green Building Council (CaGBC) and is currently on track to achieve the first Passive House (PH) EnerPHit certification for a non-residential building in Canada.

A complete building envelope retrofit, a solar photovoltaic system and energy-efficient upgrades to heating, cooling and lighting systems, all undertaken while the building remained fully occupied, have transformed it into one of the most energy-efficient buildings anywhere in North America.

Passive design strategies for the building enclosure were maximized to significantly reduce the heating and cooling required. These focused on the airtightness and thermal continuity of the building envelope, which now features an ultra-high-performance skin, engineered transitions for greater air control to mitigate thermal bridging (especially at wall-to-window, wall-to-wall and wall-to-roof points), high-performance triple glazing in PH-certified window frames and curtain walls, excavation to install exterior below-grade insulation and removal of an inefficient skylight.

Testing and an extensive Building Envelope Commissioning (BECx) program were implemented throughout construction, including whole building air leakage testing, which found fewer than the 0.6 air changes per hour at 50 Pa pressure (0.6 ACH50) of the PH Institute’s (PHI’s) performance threshold for new construction; PHI requires only 1.0 ACH50 for retrofit applications.

The new HVAC system uses local heating and cooling and heat pumps for space conditioning and demand controlled ventilation (DCV) for CO2 differential control. It decouples the ventilation air from the building’s heating and air conditioning, while maintaining fresh air distribution throughout.

Building NX was also decoupled from the campus’ central utility plant, using an air-source variable refrigerant flow (VRF) system to recover and transfer heat between zones—working like a water-source VRF, but exchanging heat with ambient air instead of using the plant’s water loop. Two new air-cooled VRF heat pumps were installed on the roof and fan-coil units were provided for each thermal zone to keep the temperature consistent across the building.

The retrofit has reduced energy use intensity by 70% to 64 kWh/m2), heating energy by 97% and associated greenhouse gas (GHG) emissions by 90%. The five-storey, 4,500-m2 building now has a peak heating demand similar to a single family home.

Also, the new 25-kW solar PV system will generate an estimated 31,500 kWh per year, more than the building will consume. The excess will be fed upstream. 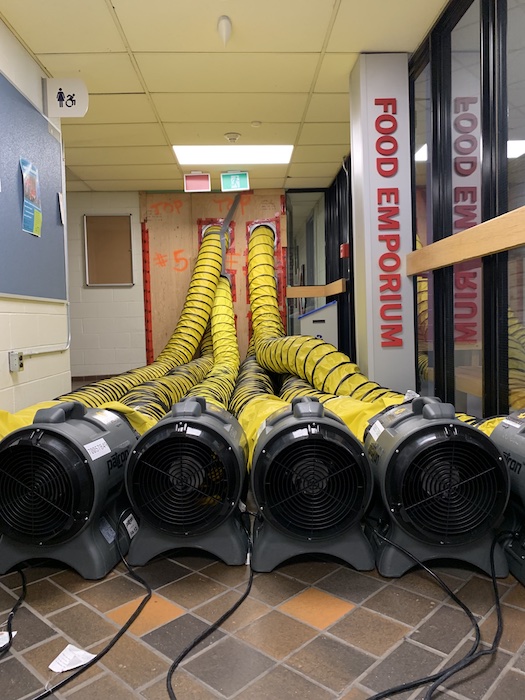 Humber’s own students also participated across multiple program disciplines, with a team of them completing a design in parallel with the actual retrofit. The project team shared knowledge, provided feedback at design presentations and helped faculty evaluate the students’ work.

Low-carbon retrofits to existing buildings have tremendous potential to address the effects of climate change. Humber is investing in energy efficiency methodologies and new performance benchmarks to achieve its own ambitious sustainability goals by 2034, such as cutting energy and water use in half and reducing GHG emissions by 30%, but also seeks to provide an example to encourage similar projects elsewhere in the future.

As CaGBC puts it, Building NX now serves “as a national example of how to retrofit to zero-carbon.” 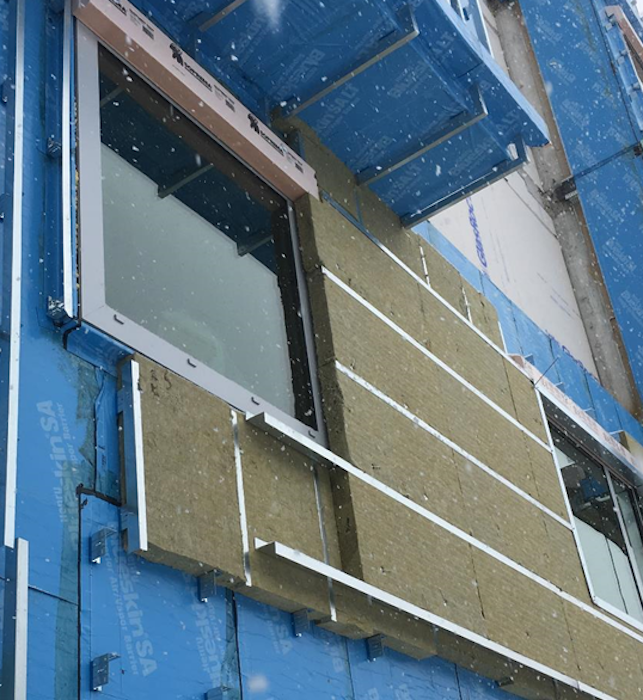 Among the passive design strategies were triple-glazed windows.