“This was one of the most critical pieces of infrastructure among the submissions this year.” – Jury 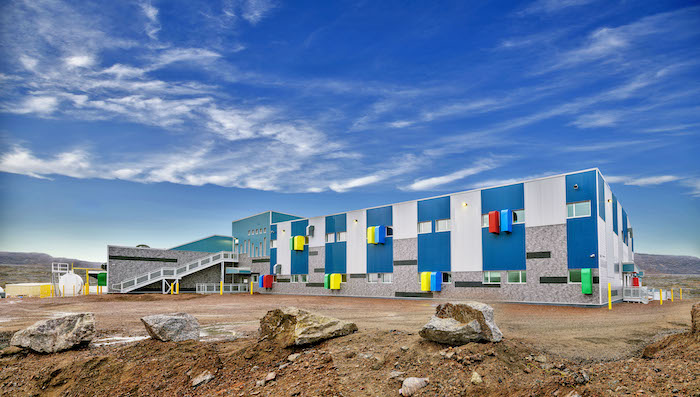 The only school in the hamlet of Kugaaruk, Nunavut, which provided education for the entire community and served as a gathering place for events, was destroyed by a fire on Feb. 28, 2017. The collective loss was keenly felt throughout the hamlet (population: 933) after 30 firefighters battled the blaze for more than 20 hours in temperatures that dropped to -35 C.

This project delivered a new, 4,620-m2 K-12 school from a blank piece of paper to substantial completion in 24 months, in one of Canada’s most remote locations and harshest climates.

Constructing the building on a fast-track basis was challenging. All equipment and materials had to be brought in on the single annual sealift with an icebreaker escort. Construction personnel had to be flown to the site and accommodation and food provided, due to a lack of available local lodging.

The request for proposals (RFP) was issued on Mar. 31, 2017. The timeline allowed for three months from the date of the contract award to the mid-August departure of the annual sealift, so the team created a phased schedule to address long lead-time items. They were able to design the floor plan, obtain approval, design the structure, review shop drawings and procure, fabricate and ship the structural steel, open web steel joists (OWSJs), concrete, reinforcing steel and all required equipment within those first three months.

As a result, the hamlet received a new school one year ahead of schedule and on budget. Projects of this size in similar locations would typically require three to four years from design through construction.

The on-time delivery of the project was enabled by including all stakeholders in the design and fabrication phase. By working directly with the builder, manufacturers and suppliers, the team was able to create an appropriate and efficient design, capable of being fabricated, shipped and assembled within the timeline. The completion date for the finished building was Aug. 31, 2019, in time for the school year. 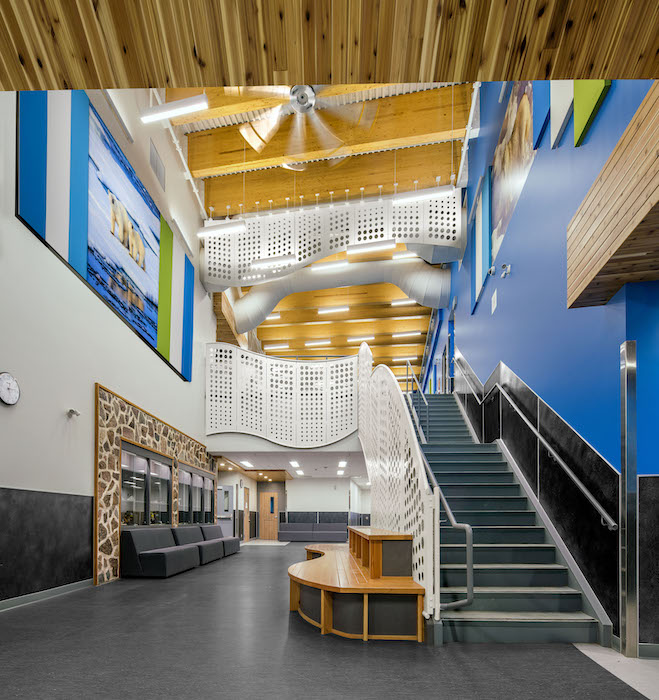 This project had significant social benefit to the hamlet. In addition to providing physical space for children to learn, the school functions as a hub of social activity, community use and sporting events.

Accutech and other stakeholders worked closely with the community to design an environment that would not merely replace the earlier physical structure, but also provide a building the entire community would be proud of and use for decades to come. There was a heavy focus on community input for layout, use planning and artwork.

The new school features multiple gathering spaces for a range of group sizes, a gymnasium, a canteen and cultural spaces that allow for the transfer of traditional Inuit knowledge and activities.

Uniquely, the building features a ‘skin room’ designed exclusively for teaching proper harvesting techniques and use of natural materials. Other key custom components include exterior artwork featuring a bowhead whale and a hunter with a kakivak (fish spear) and a monument to the former school, built with stone repurposed from the original building.

Accutech completed energy models for the new facility. Based on those models, the school is expected to use approximately 50% less total energy than a typical Nunavut school of the same size.

This significant decrease in consumption has been accomplished through the following measures: 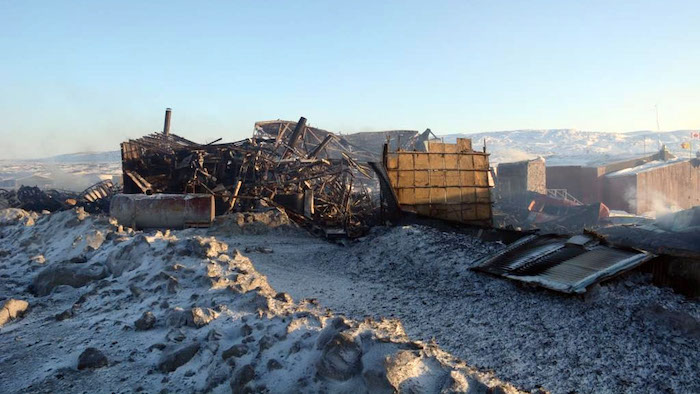 The hamlet’s previous school was destroyed by a fire in 2017.