Held annually for 47 years, the awards are the highest mark of recognition for completed projects by Canadian consulting engineers.
The program is a joint initiative of Canadian Consulting Engineer magazine with the Association of Consulting Engineering Companies-Canada (ACEC/AFIC).
Five of the 20 projects featured in this issue won special awards. The Schreyer Award for top technical achievement went to a medium-sized firm, Stephenson Engineering for an extraordinary tower structure in Toronto. Hatch, one of Canada’s largest global companies, won the Tree for Life Award for environmental merit for a B.C. hydro-electricity project. Hatch and Hatch Mott MacDonald also won the special Outreach Award, partly for their collaboration with First Nations. Buckland & Taylor, a firm of bridge engineering specialists of Vancouver, won the Ambassador Award for international work with a bridge replacement over the Ohio River. The Engineering a Better Canada Award for social, economic and cultural contributions went to SNC-Lavalin for the Halifax Central Library.
A big celebration was held on October 23 when the awards were presented at the Shaw Centre near the Parliament Buildings in Ottawa. 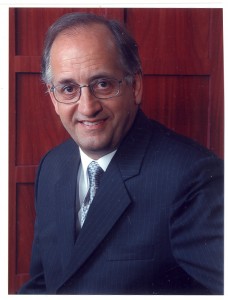 Denis Beaulieu, chair of the jury for the 2015 Canadian Consulting Engineering Awards.

CHAIR’S COMMENTS
A Highly Gratifying Task
I was honoured to chair a highly distinguished group of 12 juror colleagues when we met in Toronto on June 5 to select the 20 best of 64 entries submitted by Canadian consulting engineering companies for Awards of Excellence. From these, five were granted Special Awards.
It was a difficult but highly gratifying task to evaluate the projects submitted by our competent Canadian engineers in many different engineering fields such as buildings, transportation, natural resources, project management, water, environment, international, special projects and outreach.
As a retired educator, I am proud of what has been accomplished technically and socially by the profession in our country and elsewhere. The projects submitted year after year to the Canadian Consulting Engineering Awards need to be brought to the public attention to demonstrate the high quality of work and professionalism of the Canadian engineering community. This is one of the mandates of the Association of Consulting Engineering Companies-Canada and Canadian Consulting Engineer magazine.
I would like to thank the above organizations for supporting these awards. Finally, I congratulate not only the winners but also all the firms who submitted projects. — Denis Beaulieu, Ph.D., Ing., Jury Chair 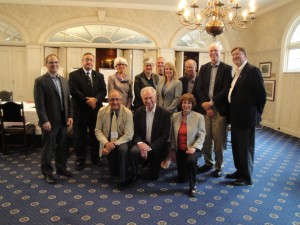 CHAIR
Denis Beaulieu, Ph.D., Ing. was a researcher and professor at Laval University from 1978 to 2009, acting as associate dean of research and technology transfer from 1993 to 1998. He was also vice-president for development of technology at the Quebec Industrial Research Centre (CRIQ) from 2004 to 2008. He is the author of textbooks on the design of steel and aluminum structures and is a past president of the Canadian Society for Civil Engineering.

JURORS
John M. Beck, P.Eng. is executive chairman of Aecon, a leading Canadian construction company based in Toronto. He has been on Aecon’s board of directors since 1963 and has more than 50 years of experience in construction in Canada and internationally. His other roles include serving as chairman of the board of the Ontario Power Authority and as director of the Canadian Council for Public Private Partnerships. He graduated in civil engineering from McGill University.

Annette Bergeron, P.Eng. is a past president of Professional Engineers Ontario (2012), and was president and chair of the Ontario Society of Professional Engineers (2005, 2010). At Queen’s University she has been general manager, lecturer for the school of business, and director in the Faculty of Applied Science. She has twice been named one of the Top 25 Women of Influence in Canada. She graduated in materials and metallurgical engineering at Queen’s.

Gerry Chaput, P.Eng. is Assistant Deputy Minister of the provincial highways management division, Ontario Ministry of Transportation. His division oversees the planning, engineering, construction and maintenance of 16,500 kilometres of highways and 2,700 bridges, delivering the province’s largest capital construction program. He is also on the Ministry’s senior management team.

Johanne Desrochers, BAA was president and chief executive officer of the Association des ingénieurs-conseils du Québec/Association of Consulting Engineers of Quebec for 10 years, before leaving in June 2014. A graduate in business administration from the Université de Québec à Montréal (UQAM), she has served as treasurer for CERIU and was on the urban affairs committee of the Board of Trade of Metropolitan Montreal.

Steve E. Hrudey, Ph.D., P.Eng. is professor emeritus at the University of Alberta’s Faculty of Medicine and Dentisty. He has had an interdisciplinary career in environmental health sciences and risk management, winning many awards and publishing extensively. He served on the Research Advisory Panel to the Walkerton Inquiry (2000-2002), and Canada’s Expert Panel on Safe Drinking Water for First Nations (2006). He is president-elect of the Association of Professional Engineers and Geoscientists of Alberta (APEGA).

Peter Judd, P.Eng. was the general manager of engineering for the City of Vancouver until his retirement earlier this year. He oversaw 1,800 employees and a department that provided everything from public works planning and design, to construction and maintenance. He also led many of the city’s green initiatives and spearheaded Vancouver’s Olympic and Paralympic Operations during the 2010 Winter Games.

Catherine N. Mulligan, Ph.D., Eng. is a professor and associate dean in graduate studies and research at Concordia University in Montreal. She is also Concordia Research chair in Geoenvironmental Sustainability. After graduating from McGill University in chemical engineering, she was a research engineer for 14 years, then obtained her doctorate in geoenvironmental engineering. In 2010 she was given the A.G. Stermac Award for outstanding service to the Canadian Geotechnical Society.

Mitchel W. Simpler, PE, is managing partner at Jaros, Baum & Bolles in New York City where he has been project manager of diverse building projects. He is also vice-chair of the American Council of Consulting Engineers (ACEC) – National, and chair emeritus of ACEC – New York. A graduate of Lehigh University in mechanical engineering, he is a member of the New York City International Building Code Rewrite Committee.

Clive N. Thurston, CBCO, GSC, has been president of the Ontario General Contractors Association since 2002. Before that he operated a construction company in Toronto for 12 years and has wide experience in the construction industry, having also worked as a superintendent, estimator, and project manager. He is a former chief building official for Prince Edward County.

Eve Wyatt, P.Eng. is executive technical advisor in the policy, planning and innovation unit at Metrolinx, the Ontario government agency for coordinating transportation throughout the Greater Toronto and Hamilton Area. With a 35-year career in transportation planning, she leads multi-agency projects, covering customer information, technology and transport for people with disabilities. She represents Metrolinx on the Greening Greater Toronto task force.

2015 Showcase of Entries
Portfolios of the entries — both winning and non-winning — and with full details, photographs and drawings, are posted on the Canadian Consulting Engineer website. The Showcase of Entries includes entries from previous years as well.
Visit https://www.canadianconsultingengineer.com/awards/showcase-entries/

ONLINE 2015 SHOWCASE OF ENTRIES
Portfolios of the entries — both winning and non-winning — and with full details, photographs and drawings, are posted on the Canadian Consulting Engineer website. The Showcase of Entries includes entries from previous years as well.
Visit https://www.canadianconsultingengineer.com/awards/showcase-entries/