Study Ranks Ontario Municipalities for their Recycling of Concrete and Asphalt

The study found that many municipalities in Ontario have policies that prohibit or limit the use of recycled aggregate. 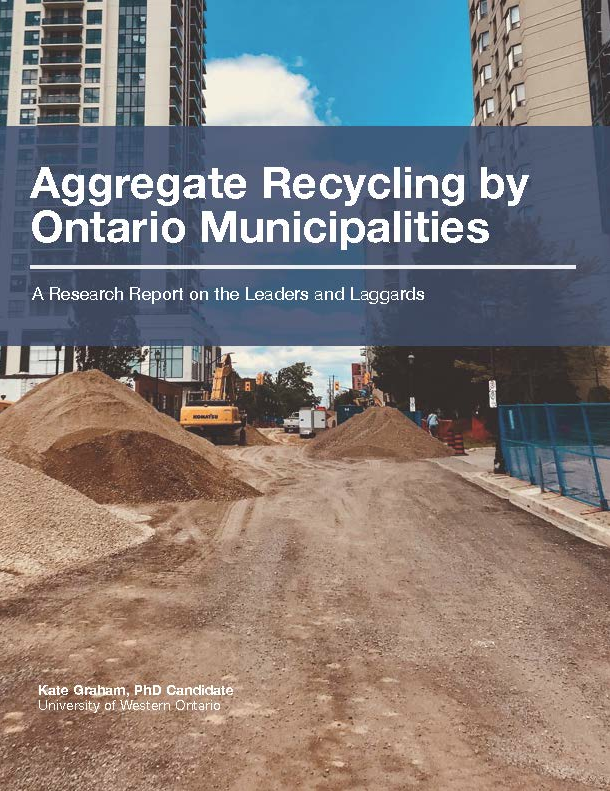 According to a new “Leaders and Laggards” study commissioned by the Toronto and Area Road Builders Association (TARBA), Toronto has placed first among 20 of Ontario’s larger cities and regions for its performance in recycling concrete and asphalt.

Results of the independent study are based on research conducted in July and August, 2018, including data collected through an online survey.

The study found that many municipalities in Ontario have policies that prohibit or limit the use of recycled aggregate. As a result, millions of tonnes of this material, which could be reused in roads and other infrastructure, are instead being stockpiled in mountains of urban rubble or dumped in landfill.

“Residents have a right to know whether their municipality is doing a good job – or not – of recycling asphalt and concrete,” says Rob Bradford, TARBA Executive Director. The municipalities which declined to respond to the survey were: Guelph, Vaughan, Oakville, Brantford and Oshawa. (TARBA was able to obtain data on Oshawa from other sources.) Waterloo Region provided only partial data.

Collectively, municipalities are the largest consumers of new aggregate in the province, using between 60 and 70 million tonnes a year. At the same time, their own construction policies and tendering specifications are the biggest obstacles to recycling this material.