Sewage treatment or a bridge? Decision-making in New Brunswick

Municipal councillors in Riverview, New Brunswick decided that upgrades to their sewage treatment plant are more important than a new high profile bridge over the river that separates them from the city of Moncton. 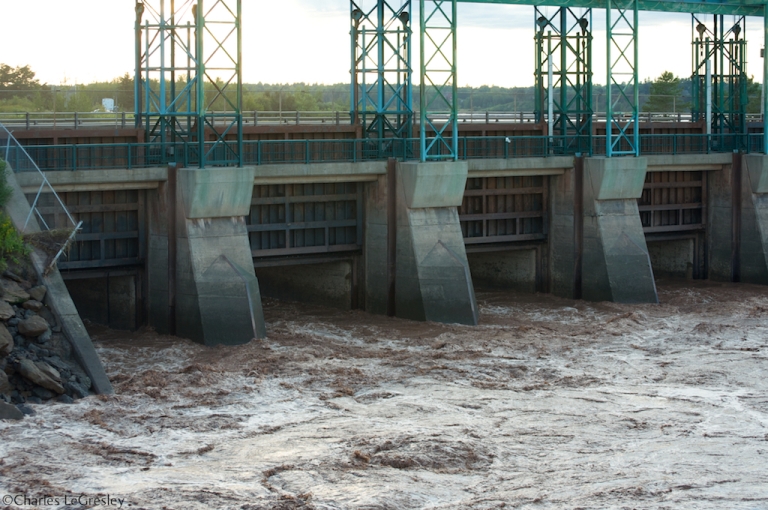 Gates open on the Petitcodiac Causeway between Riverview and Moncton, New Brunswick. The photo was taken the day the gates opened in April 2010. Photograph by Charles LeGresley.

Municipal councillors in Riverview, New Brunswick decided that upgrades to their sewage treatment plant are more important than a new high profile bridge over the river that separates them from the city of Moncton.

The new bridge is intended to replace the controversial Petitcodiac Causeway that has provided passage over the Petitcodiac River since 1968.

According to a CBC report, the mayor of Riverview said that $120-million worth of upgrades to the sewage treatment plant “easily bumped out the $40 million it would cost to replace the causeway as the number one project for the town.”

The previous week politicians in Moncton had voted in favour of asking the federal government to support replacing the causeway with a new bridge. The structure, which would stretch 300 metres and would require digging out the channel, is favoured because it will bring environmental benefits.

The crossing has caused controversy for years, most recently in April 2010 when the gates in the causeway were opened allowing water to flow through into the Bay of Fundy. The Petitcodiac Riverkeepers had campaigned for the causeway gates to be opened in an effort to restore the silted-up river and ecosystem. However, other residents were opposed, partly because a lake created by the causeway would disappear.

The Petitcodiac River drains a 3,000 sq. km. watershed area at the far reaches of the Inner Bay of Fundy in the southeast of New Brunswick.