The site is expandable. 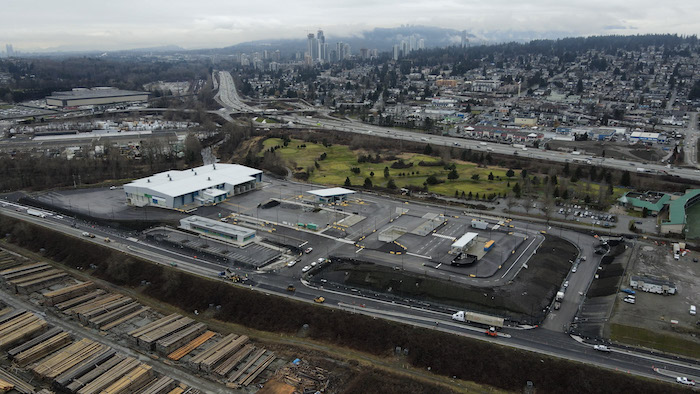 Last week, the new United Boulevard Recycling and Waste Centre in Coquitlam, B.C.—for which Morrison Hershfield served as prime consultant—officially opened to the public, with a processing capacity of approximately 600 tonnes per day.

The facility sits on a 6.2-ha brownfield site on the former Coquitlam landfill and will serve some 200,000 customers across Metro Vancouver. Its transfer station is a steel superstructure the size of nearly four hockey rinks, featuring a clear span of 71.4 x 98.5 m for operational flexibility, and sits on a concrete slab-on-grade foundation to resist twisting and cracking.

The centre also includes an administration building, two scalehouses, six scales and a recycling attendant booth. The site is expandable and features separate lanes and queuing areas for small and large vehicles and a large, flexible tipping floor for increased convenience.

Morrison Hershfield’s engineering services addressed the site’s differential settlement, landfill gas hazards, leachate control and contaminated materials management. Excavated material was reused and did not leave the site. The project used 40,000 tonnes of incinerator bottom ash as structural fill to construct ground features, including the sub-base for the new transfer station; this material would otherwise have gone to waste.