Engineers are getting ready for a new safety standard. 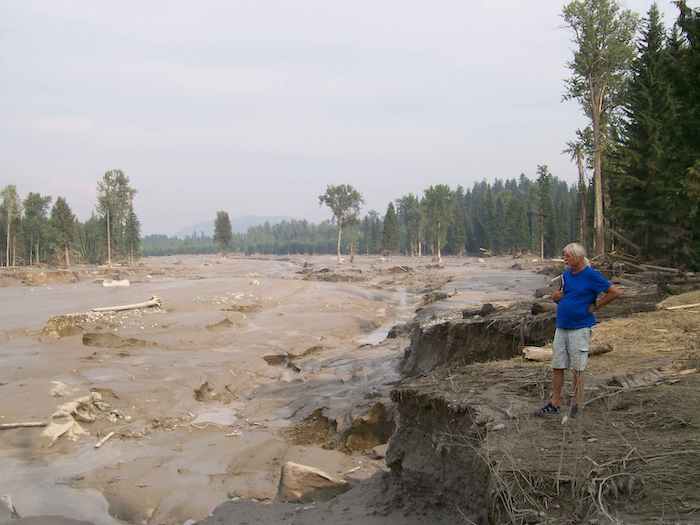 In the wake of several high-profile tailings dam failures—including the 2014 collapse at British Columbia’s Mount Polley copper and gold mine, the worst mining disaster in Canada’s history in environmental terms, and another in 2019 at Brazil’s Córrego do Feijão iron ore mine, which killed more than 250 people and destroyed a town—an international group recently published ‘Safety First: Guidelines for Responsible Mine Tailings Management.’

Released in June, the report was written by Ugo Lapointe and Jamie Kneen of Ottawa-based MiningWatch Canada and Jan Morrill and Payal Sampat of Earthworks in Washington, D.C., but represents the broader efforts of 142 scientists, non-governmental organizations (NGOs) and community groups from 24 countries.

The report offers a set of 16 guidelines for the safer storage of these muddy or sandy mine wastes, as the facilities for this purpose have been failing more frequently, with more severe outcomes. Since 2010, there have been 71 known cases of tailings failures, which have led to 482 deaths and damaged more than 2,100 km of waterways.

“We’ve seen the disasters of Mount Polley Mine and other failures worldwide, now at an average of more than 22 every decade,” says Loretta Williams, founding member of British Columbia’s First Nations Women Advocating Responsible Mining (FNWARM).

“Protecting water and communities needs to become the primary consideration for deciding if a mine is permitted and how toxic waste will be managed,” says Gretchen Fitzgerald, national program director for the Sierra Club Canada Foundation.

Some of the guidelines are particularly pertinent to the consulting engineering community. For example, in working toward the goal of zero harm to people and the environment, safety is indicated as the top guiding principle in design, construction, operation and closure, echoing the 2017 United Nations Environment Programme (UNEP) Global Resource Information Database (GRID) Arendal special report on tailings storage, which in turn cited the Mount Polley Independent Expert Engineering Investigation and Review Panel.

Further, if an operating company identifies any potential loss of life as a result of a tailings dam failure, the report says the dam must be designed to withstand the most extreme credible meteorological and seismic events. It cites the U.S. Army Corps of Engineers’ (USACE’s) application of the strictest category of safety standards “to the design of dams capable of placing human life at risk or causing a catastrophe, should they fail. Structural designs will be such that the dam will safely pass an inflow design flood (IDF) computed from probable maximum precipitation (PMP) occurring over the watershed above the site.”

Again echoing the Mount Polley investigation and review, the report demands all new mine proposals begin with an analysis of the use of the best available technology (BAT), particularly filtering tailings prior to storage, for ease of eventual cleanup.

Detailed engineering evaluations of dam foundations and tailings’ physical and chemical properties—with special attention to clay content and potential for liquefaction—are called for prior to permitting, followed by monitoring and annual reporting to verify dam construction and operations adhere to the documented design.

Also at the regulatory level, the report calls for a ban on new tailings facilities immediately upstream from inhabited areas, a ban on upstream dams at new mines and the closure of all existing upstream facilities.

“Upstream dam construction is an inherently risky design and poses an unacceptable risk to the health and safety of communities downstream from these structures,” says Al Gedicks, executive secretary of the Wisconsin Resources Protection Council.

“Mining disasters disproportionately affect Indigenous communities, where operations are often located,” says Ana Simeon, campaigns director for Victoria-based Respecting Aboriginal Values and Environmental Needs (RAVEN). “To allow unsafe mining operations in or near Indigenous communities is a clear instance of environmental racism, which we should act swiftly to eradicate.”

Its publication comes as the Global Tailings Review (GTR), co-convened by UNEP, the International Council on Mining and Metals (ICMM) and the Principles for Responsible Investment (PRI), prepares to release a new standard for the safer management of tailings storage facilities, delayed somewhat by COVID-19. The report argues the draft of this standard, released in 2019, did not provide adequate protection for communities and ecosystems, so the question now is what changes will be made between draft and final version. Stay tuned.

This story first appeared in the August/September 2020 issue of Canadian Consulting Engineer magazine.