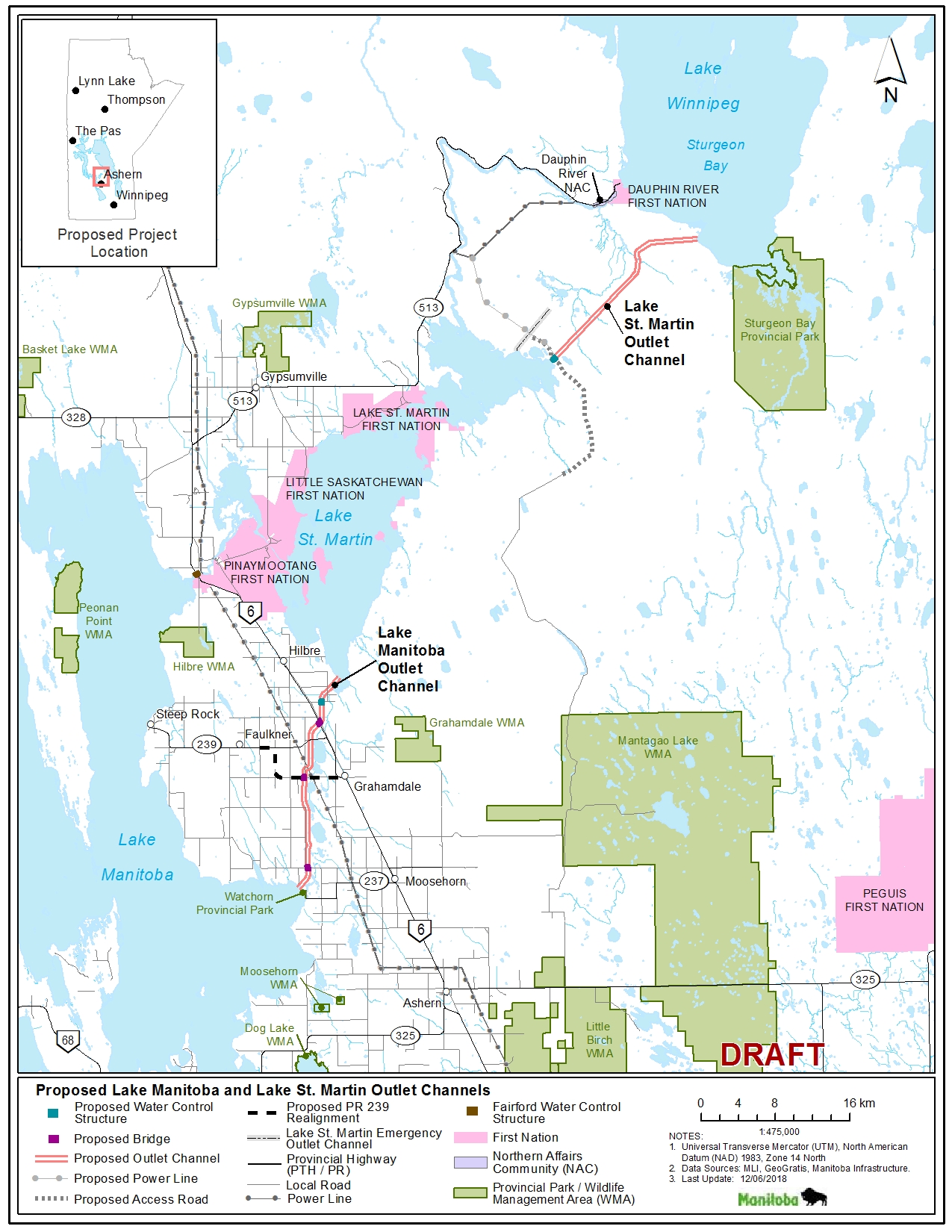 The governments of Canada and Manitoba will cost share up to $540 million in new flood management infrastructure for the Lake Manitoba and Lake St. Martin outlet channels.

Federal funding of $247.5 million will be provided for the Lake Manitoba and Lake St. Martin Outlet Channels Project, the first project to be funded under the recently launched Disaster Mitigation and Adaptation Fund. Manitoba will provide matching funds in the amount of $247.5 million, plus an additional $45 million in order to complete the project.

The governments of Canada and Manitoba identified the channels project as a major priority, due to severe flooding in the area in 2011 and 2014. These disasters resulted in extensive damage to homes, businesses and infrastructure in the province, as well as emergency evacuations, particularly for communities around Lake St. Martin.

Together, the channels will allow Manitoba to regulate lake levels and provide flood protection to individuals, businesses, communities and farmland around Lake Manitoba and Lake St. Martin. Once completed, this work will significantly enhance the region’s ability to regulated water levels on both lakes and protect local Indigenous and non-Indigenous communities from flooding.

The new Lake Manitoba outlet channel is designed with a capacity of 7,500 cubic feet per second (cfs) and the Lake St. Martin channel will carry approximately 11,500 cfs at capacity.

The current capacity of the Lake St. Martin Emergency Outlet Channel is approximately 4,000 cfs. The existing single Lake St .Martin emergency channel to Lake Winnipeg will be available on an emergency basis during construction. After the permanent channels are completed, the existing emergency channel will be modified for environmental support purposes, which are still being defined and developed.

KGS Group was the prime consulting engineer working for the Ministry of Infrastructure and Transportation on the studies and recommendations for flood mitigation in the province.

The current proposed channel alignments are a result of evaluating several options for each channel. Construction of an access road to the Lake St. Martin construction area is underway.  The remainder of construction could start as soon as fall 2019.