Five Canadian cities ranked with 22 in the U.S.

Amid the office towers and street canyons of downtown Toronto, the results of the US and Canada Green City Index were presented at the Toronto Board of Trade on September 9. 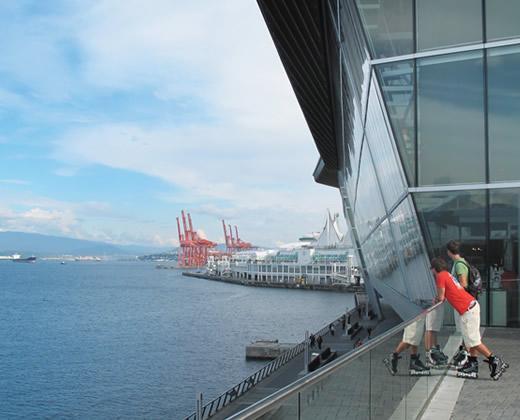 Vancouver was ranked second in the U.S. and Canada Green City Index, second only to San Francisco.

Amid the office towers and street canyons of downtown Toronto, the results of the US and Canada Green City Index were presented at the Toronto Board of Trade on September 9.

What they heard, however, was that Vancouver, 3,000 miles away on the west coast, had come out on top as the most sustainable city in Canada. Vancouver also scored second overall in North America, from a total of 27 cities included in the survey. Toronto scored ninth overall.

Conducted by the Economist Intelligence Unit and sponsored by Siemens, the survey was presented at the Toronto Board of Trade.  It ranked San Francisco as the No. 1 city overall. Besides Vancouver and Toronto, three other Canadian cities in the 27 tally were Ottawa, ranked No. 12; Calgary, ranked No. 14; and Montreal, ranked No. 19.

Richard Stein, a senior analyst with the Economist Intelligence Unit, explained that the  US and Canada Green City Index is one of a series they have done around the world, beginning with the European Green Cities Index in 2009, Latin America in 2010, and Asia in 2011.

The choice of cities as an environmental indicator makes sense, given that upwards of 80% of people now live in cities, according to the United Nations. Nonetheless, Stein admitted that even with cities there are challenges in aggregating diverse data from the different sources and said that it necessitated using a “simplified” methodology.

The survey scored the cities in nine categories, using 31 indicators. The categories are: CO2 emissions, energy, land use, buildings, transport, water, waste, air and environmental governance. Where possible, indicators were quantitative, such as CO2 and NOx measurements, land use, number of LEED buildings, share of workers travelling by public transport, water consumption per person, etc.  Others were qualitative, such as those assessing governance and policies.

The cities were selected from the most populous on the continent, and were organized for the analysis in clusters according to factors such as their population densities, climate and geography, and industry type (manufacturing or services). They were scored overall from 0 to 100 using the most recent data available.

The scores varied from the high 20s to lower 80s, Stein explained, but overall the Canadian centres “did extremely well.” Vancouver was in the top five scoring for six of the nine categories. Calgary was top scorer in the water category, Ottawa was No. 3 in land use, and Vancouver, Montreal, and Ottawa were ranked 3, 4 and 5 respectively in the Transport category. Toronto came in No. 4 in the waste reduction category.

The Canadian cities ranked especially high when degree of wealth is taken into account, said Stein. The previous surveys in Asian and Europe have found that there is a correlation between how well cities perform and their income: “wealthier cities can afford better projects – environmental or otherwise,” says the introduction to the report, on page 12.

The report noted that while Canadian cities have a reputation for being more environmentally conscious than U.S. cities, the reality is that, other than Vancouver, the Canadian cities overall were only in the middle rankings. Still, Stein said “There seems to be a lot going on in Canada compared to many U.S. cities. Environmental awareness is not at the same degree in the U.S.,” he said

He cited a few Canadian exemplary project, including Calgary’s early adoption of light rail transit, and its 30 by 30 program to encourage water efficiency, which has seen water meters installed in 53,000 households.

During the panel discussion that followed Stein’s presentation, Richard Joy of the Toronto Board of Trade said Toronto faces a “truly massive” challenge to build all the transit infrastructure it needs, noting that it’s not clear where the finances are coming for it. The challenges are the boom and bust economic cycles, coupled with the “zig zag” of politics.

Roland Aurich, president and chief executive officer of Siemens Canada, said that the Green Cities report shows that Canadian cities are taking sustainability seriously. He also pointed out that since the payback for infrastructure goes beyond politicians’ terms of office, business has to take a bipartisan approach as it needs the public to support infrastructure investment. He said we already have green technologies that are not inherently more expensive than traditional ones.

Tom Rand, an author and senior advisor with Cleantech, argued that the evolution to green technologies needs to be accelerated and that promoting sustainability requires a psychological adjustment for corporations. He said that we need a carbon tax, and that the building code needs to be changed to make the playing field level for all designers.

To see the US and Canada Green City Index report, click here.