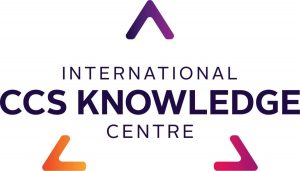 In what is reportedly a North American first, Lehigh Cement has launched a feasibility study of a full-scale carbon capture and storage (CCS) project, working with the International CCS Knowledge Centre, to reduce the greenhouse gas (GHG) emissions of its Edmonton-based cement plant.

The project aims to capture 90 to 95% of carbon dioxide (CO2) currently emitting from the plant’s flue gas, for an estimated total of 600,000 tonnes annually. The study will include engineering designs, cost estimations and business case analysis.

A pre-feasibility study has already sourced ‘capture proponents’ through a request for proposals (RFP), defined activities for engineering support teams and scaled estimates of costs, schedules and budgets.

The objectives of this second phase include securing one or more vendors to provide engineering designs tailored to the plant and developing a budget for a front-end engineering design (FEED) study. Emissions Reduction Alberta (ERA) is investing $1.4 million—proceeds from carbon prices paid by emitters—in the project.

The feasibility study will be based on the International CCS Knowledge Centre’s foundational lessons from SaskPower’s Boundary Dam 3 (BD3) facility, a world first in full-scale CCS from a coal-fired power plant. As the centre explains, post-combustion flue gas is similar in cement and coal plants—and if Lehigh’s project moves forward, it will become the world’s first implementation of full-scale CCS in the cement industry, which currently contributes up to 8% of global CO2 emissions.

“With this study, the application of CCS moves its value beyond coal into cement,” says Beth Hardy, the centre’s vice-president (VP).

Lehigh Cement is an affiliated company of Lehigh Hanson, the North American operation of the HeidelbergCement Group.

“We are part of the group’s vision for CO2-neutral concrete by 2050,” explains Joerg Nixdorf, president of Lehigh Hanson for Canada.