Consulting engineers called out of bed at height of Canmore flooding

Engineers have been pitching in to help with the devastation from floods in southern Alberta last week. Pounding rain from a storm that originated in Colorado combined with snowmelt from the mountains sent rivers into raging torrents... 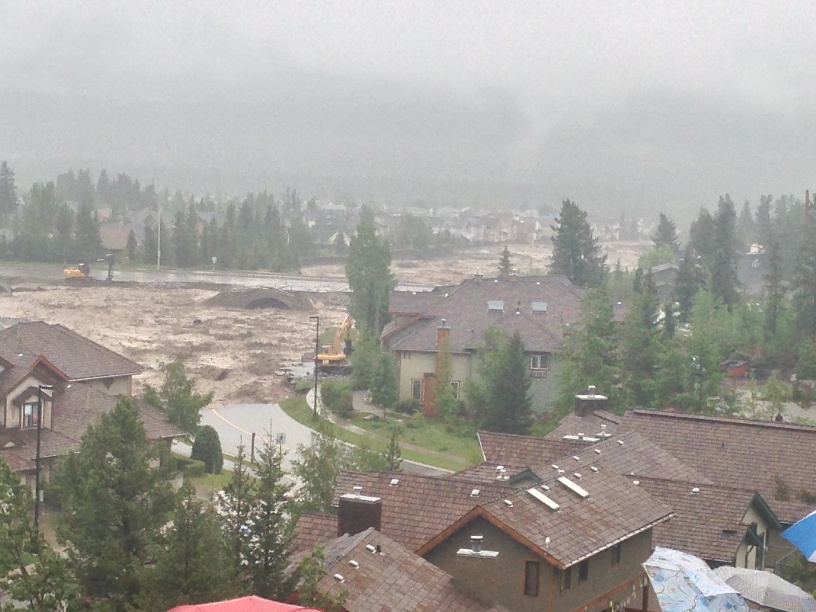 Engineers have been pitching in to help with the devastation from floods in southern Alberta last week. Pounding rain from a storm that originated in Colorado combined with snowmelt from the mountains sent rivers into raging torrents that wreaked havoc with roads, buildings, power plants and other infrastructure in Calgary and communities to the west along the Bow River and Highway 1 in Banff National Park.

On Thursday, June 20, engineers with McElhanney Consultants were called from their beds at around 3 a.m. in the morning in Canmore, the first community to be badly hit. Town officials called Darin Langhorst of McElhanney at his home, and in an hour several staff were out monitoring water levels and bridge crossings.

From Friday afternoon until Saturday, Ron Sadesky, the company’s Canmore branch manager, spent a 24-hour shift at the emergency operations centre, providing relief for the town’s manager of engineering who had been working around the clock.

Don Cornthwaite, Alberta Vice President for McElhanney is based in Edmonton, but he has been in close contact with their Canmore and Calgary offices throughout the crisis. He says one of the worst spots affected in Canmore was around Cougar Creek. “That’s the one you saw in the news with the water raging down and hitting the backs of the homes. The creek is typically a dry river bed that runs down the side of a mountain. It doesn’t show up in the photos in the news, but it has a steep gradient. The volume of water that was coming down had such tremendous force and carried so much debris, what was normally quite a defined channel has been completely infilled. So the channel has broadened out so much that it has impacted the homes on either side.” He continues, “There are probably 20 to 30 homes where the foundations were damaged or significantly undermined. And those are the ones right along the back of the creek.”

The town has another consultant, ISL Engineering, monitoring the homes in Canmore, while McElhanney is designing roads and utilities that were washed out. They have also being doing designs for remediating crossings inside Banff National Park for Parks Canada and by Wednesday, June 27 were already preparing tenders. Cornthwaite says to keep up this “incredibly fast” pace of work, they were “working flat out around the clock.” McElhanney has 30 people on standby in their other offices in Alberta and B.C.

At Cougar Creek there are long-term problems to sort out. “The next step is redesigning a channel and mitigation measures to make sure that if ever a volume of water comes down like that again, it stays contained to a channel,” says Cornthwaite. “The highway crossing and the rail crossing will will also create challenges insofar as how do you mitigate for future damages.”

Besides helping out the town, McElhanney has private clients in Canmore who have been hard hit. One developer now has a creek rerouted through the site where he was going to build, and ski resorts and other businesses have suffered losses.

McElhanney extended some goodwill services through this period of immediate crisis. They also brought in one of their expert hydrotechnical engineers, Bill Cheung, to help. He flew in from B.C. arriving on the Friday and almost immediately advised one of the hydropower companies to reduce the amount of water they were planning on releasing from a reservoir, warning that to release the volume they originally intended could have made the flooding situation in the towns much worse.

The flood damage extends well beyond Canmore. “There were a total of 26 communities declared a state of emergency,” says Cornthwaite. ” A couple of the First Nations, and High River were completely under water and still are. The water is ponding there now – it’s lakes where it used to be fields. Every single home has to be inspected and cleared before anybody can go back in. There is just so much personal and property damage and loss. It’s astronomical,” he says.