The strategy supports the City's efforts to enhance equity and adapt to climate change. 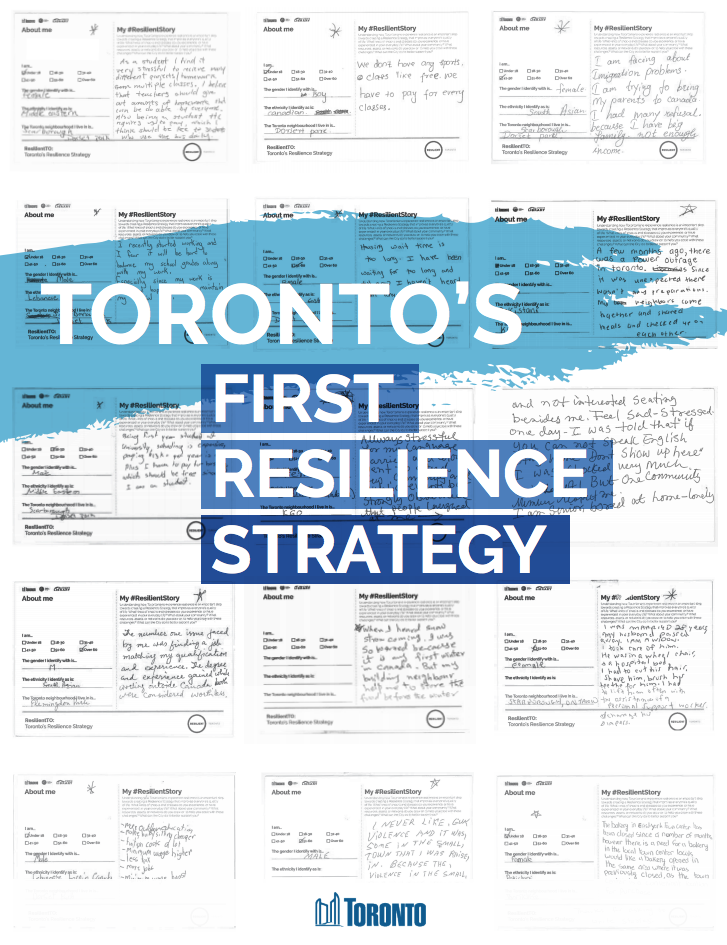 The City of Toronto, Canada’s largest city and the fourth largest in North America, has released its first Resilience Strategy, presenting a holistic approach to building a more resilient city.

Toronto is the second Canadian city (Montreal was first) and the 62nd city internationally to release a Resilience Strategy.

In 2016, Toronto joined the global network hosted by 100 Resilient Cities, pioneered by The Rockefeller Foundation (100RC), to help the city prepare for catastrophic events and urban stresses that are increasingly part of the 21st century.

Over the past two years, the City’s Resilience Office engaged more than 8,000 Torontonians and 75 partner organizations, and leveraged more than 40 existing City plans and strategies to develop the Resilience Strategy.

“The City of Toronto has long been a leader in resilience, from land use planning innovations such as the Toronto Green Standard, to social programs such as Tower and Neighbourhood Revitalization, and leadership in infrastructure development. Resilience is a process: this strategy is the next big step to build on everything we are doing to make Toronto a resilient city,” said Chris Murray, City Manager, in a media release.

The strategy supports the City’s efforts to enhance equity and adapt to climate change. Its vision is to help Toronto become a more equitable, liveable, prosperous and resilient city where every resident can thrive for decades to come.

“Toronto’s weather is getting hotter, wetter and wilder and our climate risks are increasing. We are also growing in inequality, which increases our vulnerability. Our growing risks and vulnerabilities are interconnected, as those who are most vulnerable, in many cases, are also at highest risk. This Resilience Strategy helps us to address these urgent and growing challenges” said Elliott Cappell, Toronto’s Chief Resilience Officer.

The Resilience Strategy presents priority actions such as retrofitting apartment towers, making investments to combat flooding, and providing support to residents to make their homes and communities more resilient.