Certificate in forensic engineering launched at the University of Toronto 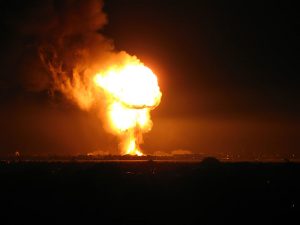 The University of Toronto Faculty of Applied Science and Engineering is offering a new course and certificate in Forensic Engineering.

The course is the first of its kind in Canada and will be offered to undergraduate students starting in 2017-2018.

An article posted on U of T engineering News by Krista Haldenby on December 13 explains that forensic engineer Doug Perovic, a professor in the Department of Materials Science & Engineering, will teach the course. There will also be guest experts from forensic engineering firms. The course will cover how to investigate failures in products, automobile and aircraft accidents, and also the causes of fires.

Perovic himself was called in to help investigate the Sunrise Propane plant explosion that occurred in a residential area of Toronto in 2008. Other examples cited in the article where forensic engineering has played a vital role were in investigating the collapse of the Radiohead stage in 2012 in Toronto, and falling glass from towers in the downtown.

Perovic is quoted saying, “Unlike some witnesses, physical evidence has no opinion, no bias and never lies.”

Students will learn to use sophisticated equipment such as high power electron microscopes at the Ontario Centre for the Characterization of Advanced Materials at the university to probe the causes of material and structural failures.