Developed by WSP for CaGBC, the report provides recommendations that will contribute to achieving a reduction in GHG emissions of at least 30% and up to 51% by 2030. 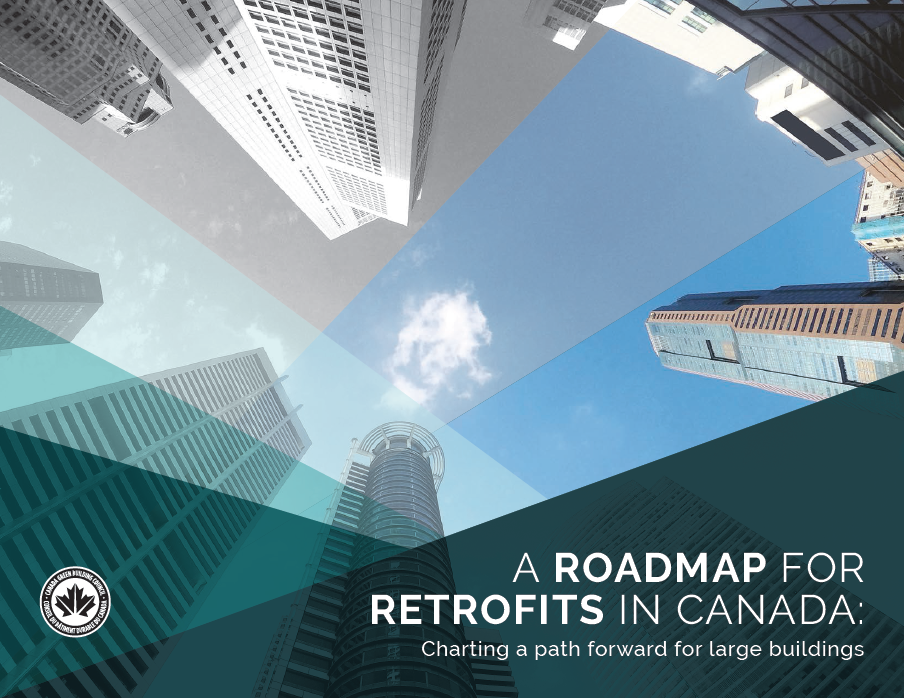 Developed by WSP for CaGBC, the report A Roadmap for Retrofits in Canada demonstrates the role that existing buildings play in realizing Canada’s low carbon future. The report provides recommendations to retrofit large buildings that will contribute to achieving a reduction in GHG emissions of at least 30% (or 12.5 million tonnes 1) by 2030, with the potential to reach 51% or 21.2 million tonnes.

The report identifies the buildings with the largest carbon reduction potential and recommends provincially-specific retrofit pathways that include a combination of recommissioning, deep retrofits, renewable energy, and fuel switching actions.

Among its key findings, the Roadmap concludes that:

“This report makes it very clear that targeted strategic investments in existing buildings represent a massive opportunity for significant carbon reductions across the country,” said Thomas Mueller, president and CEO of CaGBC in a media release. “We are showing how each region can contribute to meeting Canada’s climate change goals through a targeted approach to building retrofit and clean energy. Governments at all levels are encouraged to develop progressive policies and programs to guide investment and support for establishing a robust retrofit economy in Canada.”

The report provides the following policy recommendations for the Federal Government:

A Roadmap for Retrofits in Canada will be followed by a third CaGBC report, to be published in Spring 2018, which will provide policy options that would overcome barriers that hinder the implementation of retrofit projects and identify the financing mechanisms necessary to stimulate the retrofit economy.

CaGBC acknowledges that the report was made possible through the generous support of the Real Estate Foundation of British Columbia.