Province's guidelines for tailings ponds "now as good as exist anywhere in the world." 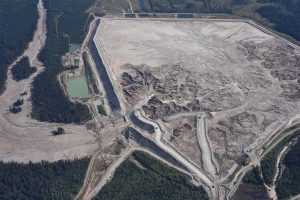 B.C.’s Minister of Energy and Mines announced last week that the province’s Mining Code has now been updated to include the recommendations of the inquiry into the Mount Polley tailings spill. Minister Bill Bennett said that with the code changes, together with new guidelines on characterizing mine sites by APEGBC (due to be issued next month), the province has standards for tailings storage facilities that a re “as good as exist anywhere in the world.”

Harvey McLeod, P.Eng. of Klohn Crippen Berger who helped the Ministry formulate the code’s updates, echoed the Minister, saying that the revised Mining Code “sets an international standard for regulators and dam owners” with regard to tailings ponds.

The disaster in the mine located in the interior of B.C. unleashed 20 million cubic metres of tainted water and slurry, which washed out creeks and flowed into Quesnel Lake.

In a statement of July 20 Bennett acknowledged that the spill that occurred from the Mount Polley mine in August 2015 as a disaster that was “unprecedented for British Columbia, but it did happen. We have now taken steps to ensure that such a disaster can never happen again in British Columbia.”

The updates to the mining code’s tailings storage facility (TSF) sections are now tailored to the particular conditions encountered in B.C. They include requirements for the steepness of downstream slopes, a minimum static factor of safety, and new seismic and flood design criteria.

They also have new criteria for the operations of tailing ponds. Mine mine owners are required to have plans for balancing and managing the water in tailings ponds, and they have to establish independent tailings review boards.

The government says that through the revisions to the Mining Code it has now addressed 20 of the 26 recommendations from the Independent Expert Panel and the Chief Inspector of Mines’ reports which investigated the causes of the disaster and concluded that the dam failed mostly because of its original design, which had not taken adequate account of the strength of a layer of clay that lay below the dam. 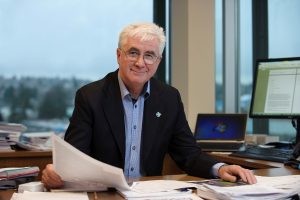 McLeod, who chaired the Tailings Technical Review sub-committee for the Ministry, said: “I would like to thank the tailings subcommittee for its hard work and devotion to developing the code revisions over the last year and, with representation from regulators, dam owners, First Nations, and consultants, and public input, the subcommittee has set a new standard for safe management of tailings ponds.”

Following the independent panel’s recommendations, the Association of Professional Engineers and Geoscientists of B.C. (APEGBC) has drawn up new professional practice guidelines for characterizing sites used for tailings ponds. They cover the geological, geomorphological, hydrogeological and seismotectonic characteristics of a site.

Canadian Consulting Engineer published an article “Mount Polley: the Aftermath,” about the collapse of the 40-metre high tailings pond dam, and the subsequent impact on the engineering sector in the June-July issue.