The British Columbia Ministry of Energy and Mines has tabled amendments to the province's Mines Act, extending the time it can take to pursue charges against companies that offend. 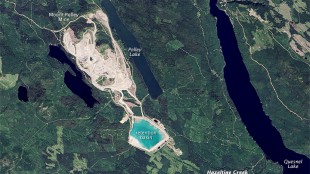 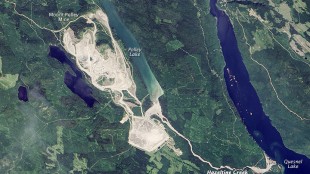 The British Columbia Ministry of Energy and Mines has tabled amendments to the province’s Mines Act, extending the time it can take to pursue charges against companies that offend.

Currently the province has six months to one year to pursue charges under the Mines Act, but the amendments will increase the time to three years from when the chief inspector of mines first hears about an incident.

The changes come into effect retrospectively as at August 1, 2014 and will apply to the investigation into what went wrong at the Mount Polley mine.

The B.C. government said in its October 23rd release about the changes to the Mines Act that it is “determined to get to the bottom of what happened at Mount Polley and is taking all steps necessary to protect the integrity of the ongoing investigations, as well as the ability to prosecute.”

In the aftermath of Mount Polley, the Ministry tightened the safety laws around tailings ponds and on October 9 issued a request for proposals from firms with geotechnical expertise to help it oversee its new requirements for safety reviews. All 98 permitted tailing ponds in metal and coal mines have to undergo independent third-party safety reviews by professional engineers. They also have to be classified according to the potential impacts should they fail, while ponds with potentially high consequences will have to have their emergency preparedness plans reviewed by third parties as well.

For more information from the Government of B.C., click here.

For the Wikipedia entry on the Mount Polley disaster, click here.