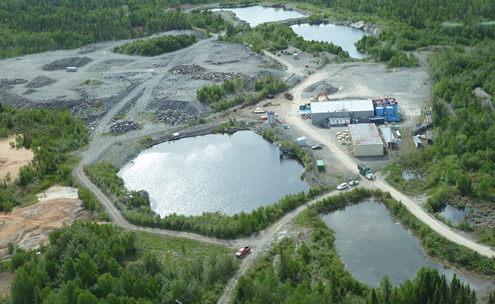 The Granada Gold Mine (GGM) in Rouyn-Noranda, Que., has retained consulting engineering firm Tetra Tech to begin a gap analysis to amend its current certificate of authorization for an on-site mill.

“A stage-one surface stripping program has discovered mineralized structures with significant visible gold,” explains Frank J. Basa, P.Eng., the GGM company’s president and CEO. “The local mills would not be able to process this mineralized material without a significant modification of the process flowsheet to recover this amount of visible gold.”

The property being developed includes an earlier mine that produced more than 50,000 oz of gold, at 10 g per t, in the 1930s until a fire destroyed the surface buildings. Today, approximately 120,000 m of drilling has been completed.

Claude Duplessis, P. Eng., of Goldminds Geoservices, has reviewed and approved a technical report by Allan Armitage, PhD, P.Geo, and Maxime Dupere, BSc, P.Geo, of SGS Canada, which estimates resources as indicated in Figure 1. The GGM company now has the required permits to commence a rolling start and mine up to 550 t per day, with the intention to produce up to 675 t of ore over a three-year period. 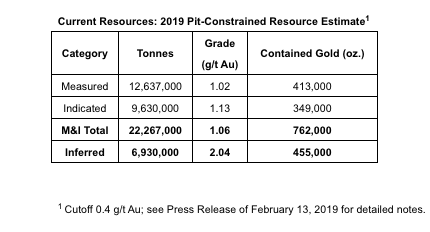 Related Stories
B.C. refuses to give environmental approval to gold and copper mine
B.C. sends out calls to clean-up Britannia Mine site
$75 million clean-up project for Britannia Mine Site in B.C.
Giant Mine toxic dust to be stored underground with artificial freezing