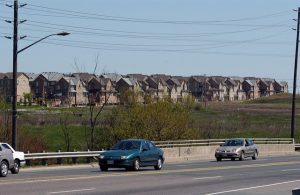 The Ontario government has launched a review of the Ontario Municipal Board (OMB) and is accepting feedback from the public.

The OMB is a tribunal that operates independently from the province and makes decisions on appeals and applications under the Planning Act. It has considerable powers over whether developments will go ahead or not, conducting hearings on decisions related to official plans, zoning by-laws, planning applications and matters such as dedicated parklands.

It seems that the government heard a lot from the public about how the OMB should be improved during consultations held area in relation to new legislation on smart growth, affordable housing and coordinated land use planning.

The province says it has already acted upon some of the suggestions heard at those consultations. For example, several changes were incorporated into the Smart Growth for Our Communities Act. Now developers can no longer appeal municipal official plans in their entirety. Also, once a municipal plan is in place, no appeals from private developers can be made for two years, unless a municipality decides otherwise.

The government says recent changes to the Smarth Growth Act will also “give citizens a more meaningful voice in the land use planning process, build a more accountable and transparent decision making process, and focus on alternative dispute resolution to reduce the number of OMB hearings.”

Another change in the pipeline is coming with the proposed Promoting Affordable Housing Act, 2016. Under the bylaws it won’t be possible to appeal inclusionary zoning policies to provide affordable housing.

This fall the Ministry of Municipal Affairs and Housing (MAH) and the Ministry of the Attorney General will release a consultation paper on how the OMB should operate within the broader planning system. In the meantime they are asking for people’s views and say they will use the comments to inform what changes should be made. They are inviting input on the following topics:
– Jurisdiction and powers: this could include what matters can be appealed and who may appeal them, the use of local appeal bodies and how much deference should be given to municipal decisions.