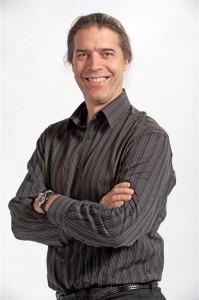 The Canada Green Building Conference and Expo was held June 2-4 at the Vancouver Convention Centre. Themed “Building Lasting Change,” this year’s conference had 1,200 attendees. It is said to be the “premier green building event in Canada.”
As part of the conference CaGBC gave out several people awards.
Thomas Mueller, who heads the council said he was “especially pleased” to honour Alex Zimmerman with the Lifetime Achievement Award. Zimmerman was instrumental in helping to establish the Canada Green Building Council (CaGBC) which is now into its second decade. He has been promoting energy efficiency, green buildings and sustainability for 35 years and currently runs Applied Green Consulting based out of Victoria, B.C. He was the first president of CaGBC, past director of its board and chair of its LEED Steering Committee. He was also LEED Coach for the Organizing Committee of the 2010 Winter Olympic Games.
Consulting engineers received several other awards, including Mark Lucuik, a principal of Morrison Hershfield. He won the CaGBC Volunteer Leadership Award, in part for his extensive involvement with the CaGBC at the board and locl chapter level.
Martin Roy, principal of Martin Roy et Associés of Montreal, won the CaGBC Green Building Champion Award. He has already been recognized as Quebec’s first LEED Fellow.
Other awards went to Liam Cook (emerging green builder), Charline Cormier (chapter leadership), Ian Gillespie (industry leadership) and Jason Reid (student project). BC Housing won an award for government leadership, and BCIT won for academic leadership.
This year was the inaugural CaGBC Green Building Product of the Year Award. It went to DIRTT Environmental Solutions for their interior wall system called “Enzo.” This is a line of prefabricated modular building interiors that is particularly beneficial in healthcare facilities. It meets requirements for space adaptations, acoustical issues associated with privacy, infection control and limited budgets.
To read an interview with Martin Roy in Canadian Consulting Engineer, click here.