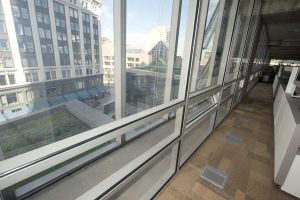 Things are looking up for non-residential building construction in Canada in the second quarter of the year, based on Statistics Canada’s latest figures.

Investment in non-residential buildings as a whole, i.e. commercial, institutional and industrial, rose 0.2%. While this amount doesn’t sound like much, it comes on the heels of five consecutive quarterly declines.

The rise occurred in four provinces, with Ontario leading the pack, followed by British Columbia and Manitoba. The largest declines were in Alberta and Quebec. Alberta suffered its fifth consecutive quarterly decline.

In terms of cities, spending rose in 14 of the 34 metropolitan areas during the second quarter. Winnipeg and Ottawa posted the largest gains. In Montreal investment was down for the fifth consecutive quarter, mainly due to a drop in the construction of institutional buildings.