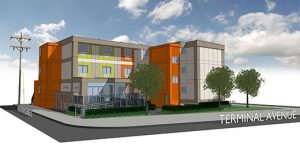 The push is on to build more affordable housing in Canada, and to renovate the existing stock. Canada’s mayors presented the federal government with principles for a National Housing Strategy at the Toronto Housing Summit held last week, and funding announcements followed.

Currently 1.5-million Canadians are not able to find adequate housing. Also at least 250,000 households are at risk because the current federal social housing agreements are set to expire.  The mayors estimate that $12.6 billion of what remains for Phase 2 of the Social Infrastructure component of the 10-year federal infrastructure plan is needed to make significant progress.

“Canada is facing a serious serious housing crisis which will only get worse unless the federal government commits significant funding to social and affordable housing,” said the mayors on September 30 in a statement from the Toronto meeting. City of Edmonton Mayor Don Iveson, who chairs the Federation of Canadian Municipalities’ Big City Mayors’ Caucus, said they welcomed the federal government’s commitment to infrastructure, but said “housing needs to be at the heart of this ambitious plan to strengthen Canada.”

Also at the summit, Canada Mortgage and Housing Corporation announced it was looking for innovative ideas and funding models “to revolutionize the rental housing sector.” It has $200 million to help create 4,000 new affordable rental units over five years. Simon Lahoud, senior manager with CMHC said the funding is available to individuals and organizations whose projects demonstrate a need and meet minimum criteria. The criteria include projects that have a minimum of five units, innovative designs or innovative financing, resource efficiencies, and accessibility features.

The Ontario and Canadian governments jointly announced  $154 million to the City of Toronto to build affordable housing and shelters, as well as to carry out repairs to the existing stock.

Meanwhile, the Vancouver Affordable Housing Agency is building temporary modular units as a way of quickly answering critical needs. Following a request for proposals it invited five proponents to bid on schemes for a pilot site at 1500 Main Street.

Horizon North was the successful  proponent, with a 14,875-sq.ft. building that can be relocated and reconfigured to fit different sites. Even the foundation is reusable. The complex will have 40 single occupancy suites, with individual bathrooms and kitchens, climate control and private living space. There is also indoor and outdoor amenity space. All the residents have to be on income assistance or fixed incomes.

Dialog was on one of the other four teams that were shortlisted for the Vancouver pilots. The agency says it will have future opportunities for more modular schemes.

To read the FCM mayors’ statement from the Toronto Housing Summit, click here.