Rowan Williams Davies and Irwin, otherwise known as RWDI, based in Guelph, Ontario and known as consulting engineers and experts in wind engineering for tall structures around the world, were featured in a New York Times article on August 7. The company has designed dampers and stabilizers for over 20 towers in New York in just the last five years. To read the article, in which Jon Galsworthy, a principal, was quoted, click here. 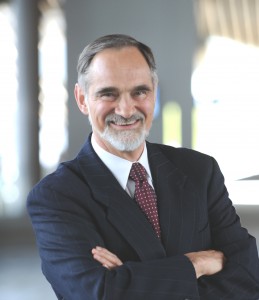 Dr. Chris Twigge-Molecey of Hatch has won the most prestigious award in Canadian metallurgy. The Airey Award was presented to him by the Metallurgy and Materials Society of the Canadian Institute of Mining, Metallurgy and Petroleum. The award was given in recognition of Twigge-Molecey’s diverse body of work for 43 years at Hatch, a career which included developing a patent for arsenic removal.

Klohn Crippen Berger has made several new appointments. Lawrence F. Clelland has been appointed regional manager of the mining environmental group in Ontario. Lindsay Robertson is now the group’s Ontario manager. Mary-Jane Piggott is manager of water resources and environment for the mining environmental group in B.C. Warren Vincent-Lambert is now manager in the oil and gas and mining group in Alberta. Also in Alberta, Karen Sagar and Darren Senft are both oil sands group managers.

Arup has won the International Highrise Award 2014. The award is for Bosco Verticale, a two-tower residential complex in Milan with an integrated vertical “urban forest.” The towers, 10 m and 76 m high, have 900 trees, 5,000 shrubs and 11,000 plants distributed on terraces up to the 27th floor. The balconies with their greenery extend 3.3-metres out, amounting to a total area of biological greenery of 40,000 square metres. The building was designed by Boeri Studio.
Click here