Tetra Tech announced its year-end financial results last month. Revenue for the fiscal year totaled $2.58 billion, up 12% year compared to last year. Operating income for the fiscal year was $136 million, and on an ongoing basis totaled $170 million, up 10% compared to the previous year. Earnings per share (EPS) was $1.42, and on an ongoing basis totaled $1.88, up 17% year over year. The company, which provides engineering services in water, environment, infrastructure and energy, is based in Pasadena, California, but has 3,500 employees in Canada and 16,000 staff worldwide. Chairman and CEO, Dan Batrack, said on November 9: “Tetra Tech had a strong fiscal 2016 and finished the year with record-high fourth quarter revenue and income…. We completed the year with broad-based contract wins across our end markets, led by growth in U.S. federal, state and local, and international development. This momentum drove our backlog to an all-time high, providing a strong foundation for growth in fiscal 2017.” 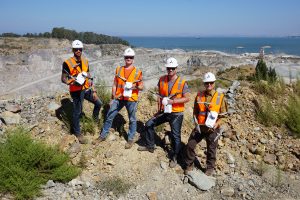 Stantec is expanding its Unmanned Aerial services. It recently added new survey grade multirotor systems in Edmonton, Calgary, Regina and Ottawa, as well as in four U.S. cities. Stantec has commercially operated UAS across Canada since 2013, has developed an internal training program for the technology. To read an article about “Drones and Engineering” in the June issue of Canadian Consulting Engineer, click here.

A large transit garage in Edmonton has earned Morrison Hershfield a 2016 Canadian Architect Award of Excellence. The North East Transit Garage is a $186-million project under construction that will accommodate 300 buses, 35 maintenance bays, as well as administration and staff facilities. The building incorporates a 1936-era, 50-m tall brick smokestack, but has a modern design filled with natural light controlled by light diffusing glazed panels. As prime consultant Morrison Hershfield provides a range of engineering services, while gh3 is the lead design architect. 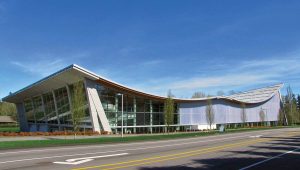 The Grandview Heights Aquatic Centre in Surrey, B.C. by Fast + Epp as structural engineers has won two prestigious international awards for innovation and technical excellence. It won the world’s top structural engineering award by the Institution of Structural Engineers (IStructE) at a ceremony in London, U.K. on November 11. It also won the World’s Top Completed Sport Building at the World Architecture Festival (WAF) in Berlin this year, (Fast + Epp won with HCMA Architecture + Design). The building, which has a long undulating wood roof structure using hanging timber “cables” won the Schreyer Award in the 2016 Canadian Consulting Engineering Awards, click here. 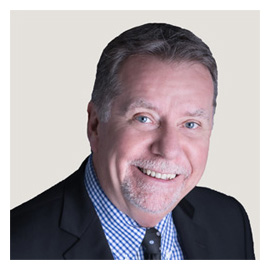 Ron Aitken has joined Mott MacDonald as vice president – strategic transit development. He is based in the Vancouver office but will be developing opportunities in the U.S. and across Canada. Aitken has 30 years’ experience in transit projects, including serving as project director for some of the largest automated driverless transit systems in the world. 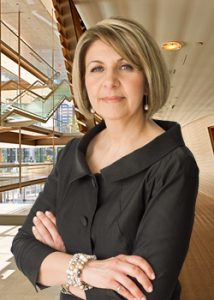 Catherine Karakatsanis of Morrison Hershfield in Toronto will be inducted into the Women’s Executive Network (WXN) Canada’s Most Powerful Women Hall of Fame. This comes after she is named Canada’s Top 100 Award winner for the fourth consecutive year.