U.S.-based engineering company specializes in energy projects and transmission and has an aggressive expansion plan for Canada.

An engineering company based in Kansas City, Missouri, has just won a contract with Hydro One in Ontario to help upgrade the province’s transmission grid over the next five to seven years.

Burns & McDonnell opened an office in Calgary in 2011, and has recently opened another office in downtown Toronto. The company says it is expanding its presence in Canada and its goal is to have 500 Canadian employees by 2020. 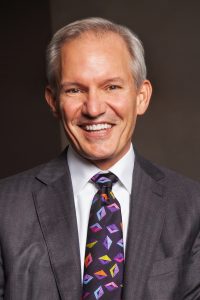 Asked why they have set 500 people in Canada as their goal, chair and chief executive officer Greg Graves acknowledges that he’s a “cheerleader-type CEO,” but that the company feels there is great talent here and that the economy in Canada “looks incredibly strong” even with the fall in oil prices.

For the Hydro One project, Burns & McDonnell will be helping manage the construction with a suite of services, including project controls, scheduling, budgeting and estimating, and quality assurance.

The company is one of the largest provider of power infrastructure services in North America. It has done $5 billion worth of projects across Canada in the last five years, working for utilities like BC Hydro and SaskPower, as well as private energy companies like TransCanada. While they focus on  energy projects, Graves says that when they open an office it’s rare that they don’t also start to do commercial buildings, water and transportation projects within a year or two. It is a fully integrated architecture, engineering and construction company.

The company began 118 years ago and now has 5,300 employees in 40 locations around the world.

The Canadian offices are headed up by Don Chase.