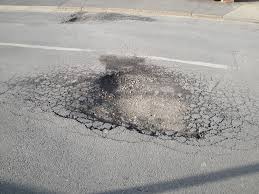 Now that engineers at Virginia Tech have invented a system to harness energy from car shock absorbers, badly maintained roads may not turn out to be such a pain.
Lei Zuo, an associate professor of mechanical engineering at the Virginia Tech estimates that a car’s shock absorbers could provide between 100 and 400 watts of energy on normal roads, and more on bumpier roads.
Zuo’s team has developed an energy-sharing shock absorber that converts energy from the vertical vibrations in a vehicle’s suspension system into rotational motion for a generator. The generator feeds electricity to the car’s battery or electrical devices. Zuo says the energy harvesting corresponds to an increase in fuel efficiency of 1 to 5%.
The team has tested the shock absorber built from off-the-shelf components on roads around the campus.
For car drivers who drive less than an hour a day, the systems would not be cost-effective, so Zuo is now developing them for trucks, and working to reduce their costs to make them commercially viable.
Other systems for harvesting waste energy from moving vehicles, include systems to extract the kinetic energy from braking.
To read the full article in phys.org, click here.