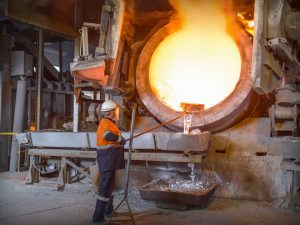 McCarthy Tetrault has published an article on its website that explains changes being proposed by the Quebec government to its environmental assessment procedures.

Dominique Amyot-Bilodeau and Cindy Vaillancourt’s article of June 9 describes main features of Bill 102[1] which was introduced into the Quebec National Assembly on June 7.  The authors say that the Quebec Minister of Sustainable Development, Environment and the Fight Against Climate Change is proposing a bill that “could have important repercussions on the environmental assessment procedure and on the authorization scheme of industrial projects carried out in Quebec.”

The bill proposes that projects of moderate risk will have to obtain ministerial approval, while those with high risk will need to have an environmental impact assessment (EIA) before being approved. The projects that may be required to have EIAs, for example, would be those that raise public concerns, or those that involve a new technology or new type of activity that has environmental impacts. They could also require an EIA if they involve “major climate change issues.”

On the other hand, several new measures in the bill are intended to streamline the environmental authorization process for industrial projects.

For example, instead of having to seek authorization from multiple ministries, projects will only be subject to one ministry. And if a project has applied for ministerial authorization it would not have to obtain a certificate of compliance with municipal bylaws.

Another proposed change is that the Minister may hold public hearings about a project without any prior information period.  Obtaining permits for pilots and research could be made simpler. And an environmental authorization could be transferred without prior authorization.

The bill will also tighten some rules. For example, the authors, say, any change to a facility dealing with residual materials or hazardous materials management will require ministry approval.

Another provision of the bill is for projects to be subject to a watchdog committee “even in the case of projects that are not subject to the EIA.”