The Association of Professional Engineers and Geoscientists of British Columbia (APEGBC) has tallied the votes on whether to adopt compulsory continuing education.
Only 28% of the eligible members voted on the issue, even though the results could have had enormous importance, since if passed, the change would have required most engineers to take courses and perform other activities to develop their skills and knowledge. The activities would have to be reported to the association.
The voting closed on October 2, with the result that 44% voted in favour. However, a two-thirds majority was required in order to change the relevant rule — Bylaw 19. As a result, the amendment did not pass.
The total number of votes cast was 6,829; of these 3,002 (43.96%) voted in favour; 3,827 (56.04%) voted against.
Outgoing APEGBC President John Clague says he is “disappointed” by the results of the vote. He suspects that the new council will discuss the issue, but says “I continue to believe that mandatory CPD for APEGBC members is in the public interest.”
Votes to elect the 2015 APEGBC Council were held at the same time as the ballot on continuing education. Michael Wrinch, P.Eng. is the new president, and vice president is Bob Stewart, P.Eng. 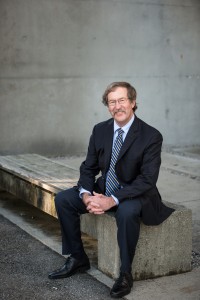