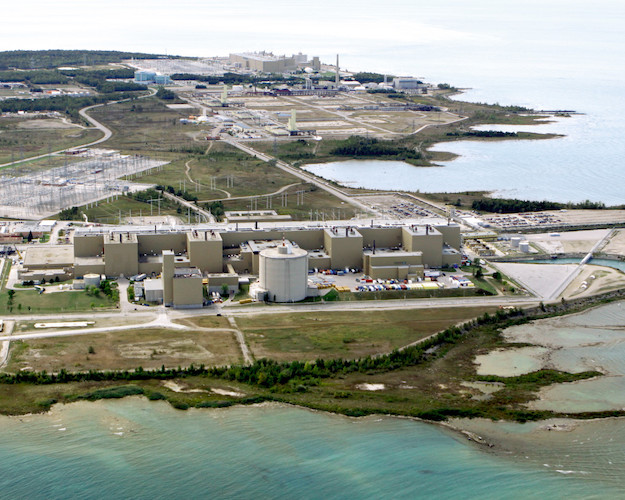 Nuclear reactor operator Bruce Power, based in Tiverton, Ont., has awarded three contracts in support of its major component replacement program (MCR) to SNC-Lavalin subsidiary Candu Energy, with a combined value of $34 million.

The contracts’ scope of engineering services includes fuel channel and feeder replacement (FCFR) detailed designs for two of Bruce Power’s existing Canadian Deuterium Uranium (CANDU) reactors—specifically, Units 3 and 4—and a seismic margin assessment (SMA) of their site (pictured). This new work, not previously awarded under a master service agreement (MSA) signed in 2016, is intended to extend the useful life of the reactors until 2064.

SNC-Lavalin’s engineering services team has begun designing fuel channel assemblies and calandria tubes, including pressure tubes, end fittings, positioning assemblies, bearing and shielding sleeves and inserts and rolled joints. This work, along with a stress analysis to determine the strains of the calandria and shield tank assembly, is expected to be completed in 2023.

The detailed design of the Unit 3 and 4 feeders will also include a partial replacement of the feeder cabinet and items inside, such as instrumentation and control (I&C) components. This work has begun and will continue into 2022.

Meanwhile, the SMA for Unit 3 will run from this month through May 2021, then move on to Unit 4 from June 2021 to February 2022, to demonstrate the station’s seismic adequacy.

“We look forward to contributing our expertise to extend the life of Units 3 and 4 into the long term,” says Sandy Taylor, president of SNC-Lavalin’s nuclear business. “Lessons learned from the successful completion of Unit 6 detailed designs will be applied to further optimize project execution.”