The project is being led by Edmonton-based Terrapin Geothermics in partnership with the municipal district of Greenview and PCL Construction. 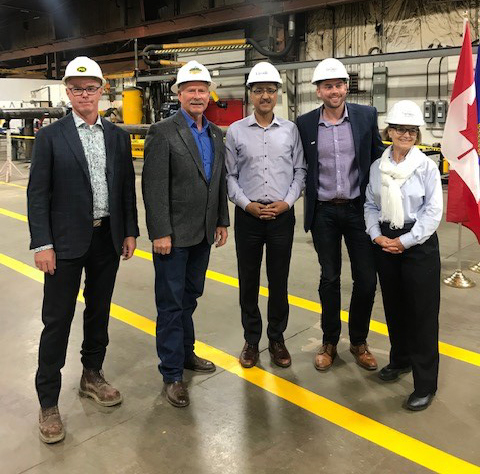 The municipal district of Greenview Council in northwestern Alberta has announced the Greenview Geothermal Power Project, a plan to develop the area’s first commercial-scale geothermal facility.

The project includes the construction of a (5 MW net) geothermal power plant and will be located wholly within Greenview in the Gold Creek area, south of Grande Prairie.

Greenview partnered with Edmonton-based Terrapin Geothermics to research and review the viability of the project in 2017.

The project applied for and has been awarded an Emerging Renewable Power Program (ERPP) through Natural Resources Canada for $25.4 million.

The project is being named “Alberta No. 1,” a tribute to the discovery of oil at the Leduc No. 1 oil drilling site in 1947. It is being led by Terrapin in partnership with Greenview and PCL Construction.

The facility, upon completion, will be the first in the province and the first of its kind in Canada. It powers generators using brine from natural reservoirs more than 2,000 metres below ground, which are heated by thermal energy from deep inside the earth.

Once the thermal energy has been extracted from the brine and converted to electricity or used for heating, the brine is cycled back underground, where it will heat up again. Terrapin’s geothermal energy facility will produce renewable power that runs 24/7 with zero carbon emissions and minimal ongoing fuel costs.

It will be located close to a planned large scale industrial development and will offer its future tenants a renewable energy supply to assist in their electrical needs.