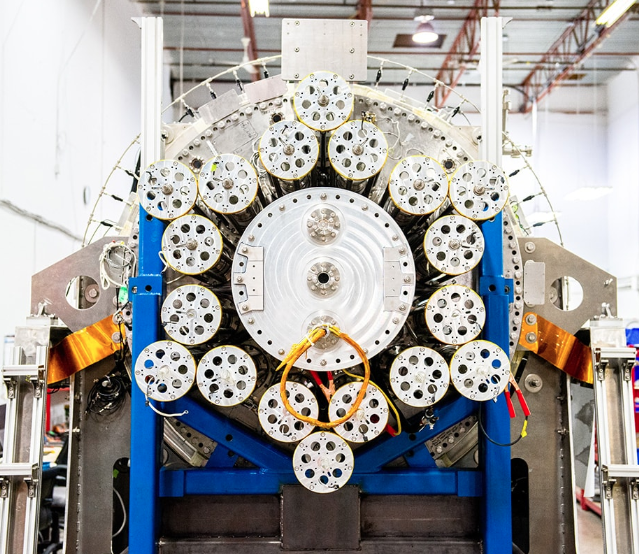 Vancouver-based General Fusion has entered an industrial partnership with Hatch to bring engineering expertise to its demonstration fusion-energy plant project. Under the terms of the deal, Hatch has invested in a round of financing for General Fusion.

As a global engineering firm with a record of commercial programs, Hatch brings power plant design, siting, licensing and other specialized capabilities to the partnership in support of the demonstration plant’s development and deployment. Specifically, the prototype will demonstrate General Fusion’s magnetized target fusion (MTF) technology (pictured)—which is expected to provide an economically competitive, carbon-free source of electricity—at an industry-relevant scale. It is planned for completion and testing over the next five years.

“We see General Fusion’s technology as a potential game-changer for the production of sustainable energy,” says Robert Fracki, Hatch’s global managing director for energy. “We are proud to be part of this important step in the path to commercialization.”

“Success in fusion technology will depend on strong engagement by stakeholders in the global energy industry,” says Christofer Mowry, General Fusion’s CEO. “Hatch will help ensure we develop practical, on-demand technology that finally enables the energy transition we are all talking about.”