"Canada's infrastructure can be the foundation of a resilient future," says Ryan Ness. 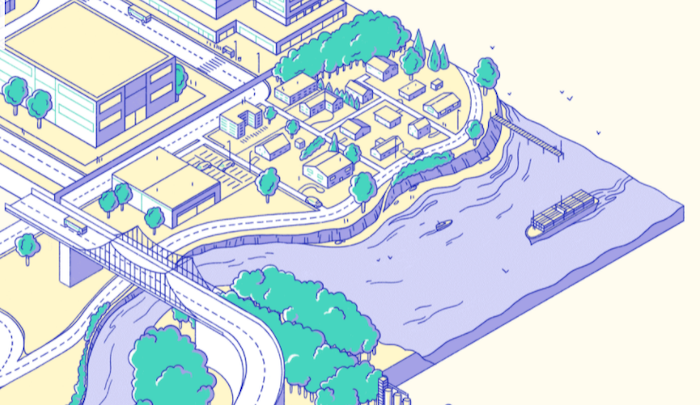 The latest report from the Canadian Institute for Climate Choices, an independent, federally funded policy research institute based in Ottawa, calls for governments to direct public and private investment toward resilient infrastructure, to save billions of dollars by reducing loss and damage from climate change.

Titled ‘Under Water: The Costs of Climate Change for Canada’s Infrastructure,’ the report focuses on three types of risk from a warming and increasingly volatile climate: flooding of buildings, damage to roads and railways and impacts on electrical grids.

The report recommends shoreline protection and moving buildings out of high-risk areas to reduce future costs of coastal flooding by up to 90%; repaving roads with resilient materials, reducing repair costs by more than 90%; and using resilient materials to update electrical infrastructure, reducing damage-related costs by 80%.

“Climate change is a massive threat to public and private infrastructure,” says Ryan Ness, the institute’s adaptation research director. “The challenge for governments today is to shift how decisions are made. If investments are planned wisely, Canada’s infrastructure can be the foundation of a resilient future.”

Following its launch in early 2020, the institute released its first report, ‘Tip of the Iceberg: Navigating the Known and Unknown Costs of Climate Change for Canada,’ last December and its second, ‘The Health Costs of Climate Change: How Canada can Adapt, Prepare and Save Lives,’ in June. The fourth, set to focus on Canada’s North, is planned for next spring. 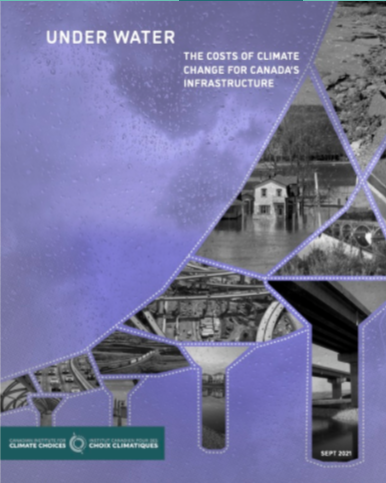