WSP’s revenues up due to acquisitions 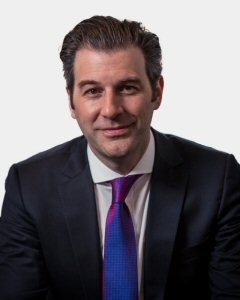 The company attributed the rise in revenues mainly due to acquisition growth. Its statement said, “Consolidated organic growth in net revenues for the period was flat.”

Alexandre L’Heureux, the company’s incoming president and chief executive officer, said he was pleased with the performance as “all the company’s reporting segments, with the exception of Canada, achieved positive organic growth.”

On a standalone basis, MMM, the company which became part of WSP in October last year, had organic growth of 4.7% for the quarter, and 6.4% for the first six months of 2016.

L’Heureux said: “I have had the opportunity to visit several of our teams around the world. As we look forward together, we remain focused on our 2016 priorities, namely: building on our strong technical expertise and collaboration to drive the existing business; continuing integration activities, in order to drive costs synergies and improve margins; and advancing key initiatives to drive future growth, via both organic growth and select acquisitions…. Despite the economic slowdown in Western Canada and the potential impact of Brexit in the UK, we enter the second half of the year with good momentum. We are therefore reaffirming our full year financial outlook.”