One of Canada’s largest privately owned consulting engineering companies is being purchased by WSP Global, adding to the Montreal-based corporation’s growing stable of acquired firms.

The acquisition of MMM Group of Toronto was announced on August 25, subject to regulatory and shareholder approvals.

Formerly known as Marshall Macklin Monaghan, MMM has 2,000 employees in 18 offices across seven provinces in Canada. The majority (75%) of the company’s work is done in Ontario. Last year, MMM’s total net revenues were $264 million.

The purchase price was given at $425 million, with a special meeting of MMM shareholders scheduled for early October to consider the arrangements. The acquisition is expected to be completed in the fourth quarter of 2015. Shareholders in MMM will have the option of purchasing shares in WSP if they wish. The acquisition consists of a $175-million “bought deal public offering,” and a $125-million “private placement.”

With this acquisition WSP, which is traded on the Toronto Stock Exchange and was previously known as Genivar in Canada, will have a total of 34,000 people globally, including 8,500 in Canada (3,200 in Ontario). WSP’s net annual revenues in Canada are approximately $1 billion.

MMM has strong expertise in the transportation, infrastructure, environment and building sectors. It also has a lot of experience on major P3 transportation and infrastructure projects across Canada. The company was founded in 1957 and since then has absorbed several companies, including mechanical-electrical engineers Rybka, Smith and Ginsler in 2004, civil engineering specialists McCormick Rankin in 2008, and green building specialists Enermodal in 2010.

On September 1, WSP announced another North American acquisition: Halvorson and Partners, a 40-person firm specializing in structural engineering and based in Chicago. 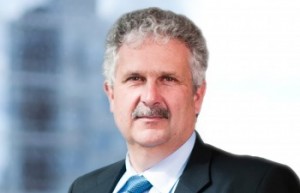