They join the leadership team for the firm's Vancouver office. 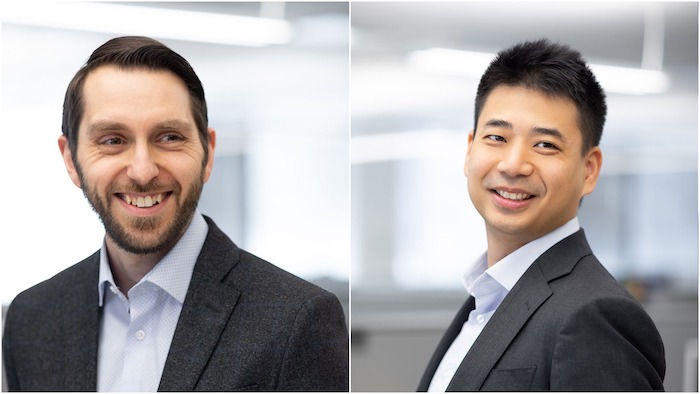 Frayne is a mechanical engineer who first joined the firm as a co-op student in 2006. Upon graduating, he went full-time in 2008. He has focused on health-care projects, including Toronto’s Humber River Hospital, the Calgary Cancer Centre, Newfoundland’s Corner Brook Acute Care Centre and the ongoing redevelopment of St. Paul’s Hospital in Vancouver.

Liu was also a co-op student with the firm and joined full-time after graduating as a mechanical engineer in 2009. Since then, he has worked on major projects across a broad range of market sectors, from the Abbotsford Law Courts to Coquitlam’s Healing Spirit House to Regina’s Mosaic Stadium.

Frayne and Liu join David Hultman and Dugan Doherty as principals of Smith + Andersen’s Vancouver office and will work with Ian Grannary and the rest of the Kelowna team to grow the firm’s market presence across British Columbia.