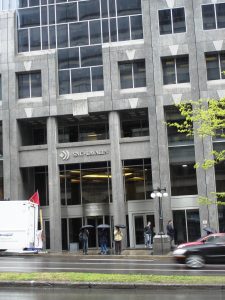 The Commissioner of Canada Elections has announced it has reached an agreement with SNC-Lavalin for illegal contributions made to federal political entities between March 9, 2004 and May 1, 2011.

In a statement the Commissioner said  it has “entered into a compliance agreement with SNC-Lavalin Group Inc. for illegal contributions made to federal political entities between March 9, 2004 and May 1, 2011. The full value of these contributions was reimbursed to the Receiver General of Canada by the registered parties. SNC-Lavalin Group Inc. cooperated fully with the Commissioner and has committed to collaborating with the office for the duration of its ongoing investigation.”

Neil Bruce, president and chief executive officer of SNC-Lavalin, said he was pleased with the agreement and that it reflects the efforts and progress they have made since 2012.

According to a Globe and Mail article, the illegal contributions given to the Liberal Party amounted to $109,615. The Conservative party received $8,187. Managers in SNC-Lavalin  would make personal contributions, then the company would reimburse them. Companies are not allowed to donate to political parties directly.

Following its earlier troubles with corruption charges, SNC-Lavalin has already made other agreements  to reinstate its status for carrying on government business.  In February 2014, the Autorité des marchés financiers (AMF) granted it authority to contract with Quebec organizations.  In December last year, the company signed an agreement with Public Services and Procurement Canada under the federal government’s new Integrity Regime.

This May the company announced it was participating in the Quebec government’s voluntary program to make financial reparation to municipalities and other bodies.

To read a press release from the Commissioner of Canada Elections, click here.

To read the SNC-Lavalin press release of September 8, click here.

To read a report in the Globe and Mail of September 8l, click here.