Prior to EXP, Andrews was president/ CEO of the Ontario Clean Water Agency and before that was chief executive of global water at AECOM. 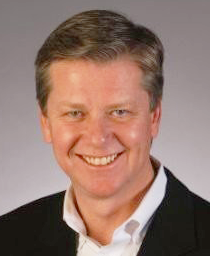 EXP has announced the appointment of Robert Andrews as sector leader, Ontario infrastructure.

Prior to joining EXP, Andrews was president and CEO of the Ontario Clean Water Agency (OCWA), a provincial agency that operates and maintains approximately 500 water and wastewater treatment systems that serve more than 5 million people.

Before that, he was chief executive of global water at AECOM. He also brings a wealth of alternative project delivery experience, including serving as executive vice president of Earth Tech’s global water projects and products.

Over his career Andrews has played key roles in engineering, technology, and alternative project delivery approaches and has assembled and led multi-disciplinary teams carrying out large, complex and innovative water and transportation capital programs. His project experience includes program management and engineering of many of the largest infrastructure systems around the world, including Toronto, Chicago, New York, San Francisco, Hong Kong, Singapore, Sydney and London.

“Robert is a recognized expert in water, infrastructure and transportation, known for his passion and engineering precision,” says EXP’s President and COO, Mark Dvorak in a company release.